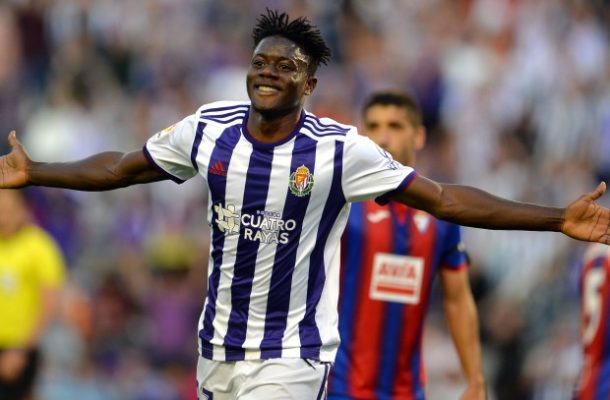 Ghanaian defender Mohammed Salisu has emerged as one of LaLiga's most exciting rising stars according to experts.

The young rare-guard's solid and composed displays in his debut season suggest a long and highly successful career is ahead of him.

Valladolid's 20-year-old centre-back has been one of the most impressive defenders at any LaLiga club in 2019/20, getting the better of personal duels with forwards as experienced and talented as Atletico Madrid's Alvaro Morata, Real Sociedad's Willian Jose and Real Betis' Borja Iglesias.

Having only made his LaLiga debut last August, Salisu started 26 of Valladolid's first 27 games of the season, and is part of a solid defence that has been key to Sergio Fernandez's team spending most of the campaign well clear of the drop zone.

Born in Accra in 1999, Salisu was signed by Valladolid in October 2017, having been scouted from the "African Talent Football Academy" in his home country.

By the following January, the 17-year-old had broken into the club's B team in the third tier, impressing enough to become a regular for the remainder of the campaign.

Th 2018/19 campaign saw Salisu begin training on a regular basis with Fernandez's seniors during the week, while he mixed playing league games for the B side along with Copa del Rey appearances for the first team.

The opening day of the 2019/20 campaign brought a full LaLiga debut, playing a key part as Valladolid got their season off to a flyer with a 2-1 win at Real Betis.

The following weekend's 1-1 draw at Real Madrid's Santiago Bernabeu showed that Salisu and his teammates were a match for anyone in LaLiga.