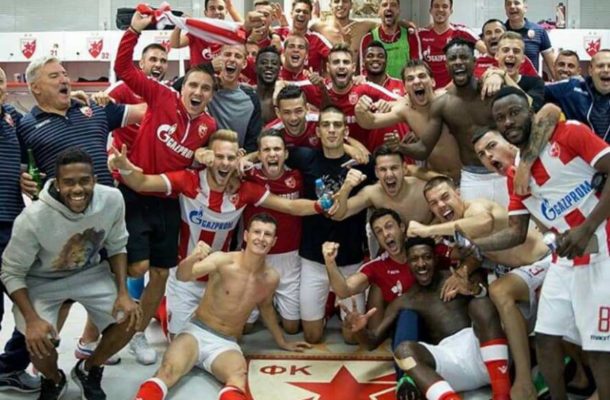 Ibrahim Tanko and Rashid Sumaila have reached the Group stage of the UEFA Champions League with Serbian side Red Star Belgrade .

The duo were not part of the squad that travelled to Salzburg to earn a 2-2 draw on Wednesday night.

The Serbian side came from 2-0 down in Austria to book their spot in the group stage for the first time since 1992.

After drawing 0-0 in the first-leg, Manus Dabbur's double looked to have sent Salzburg into the group stages for the first time in 11 years.

But Ben Nabouhane had different ideas and scored twice in two minutes to fire Red Star Belgrade into the Champions League.

It sparked remarkable celebrations from around 10,000 travelling supporters who broke past security and flooded onto the pitch.


Here is how the pots will look for Thursday's draw...