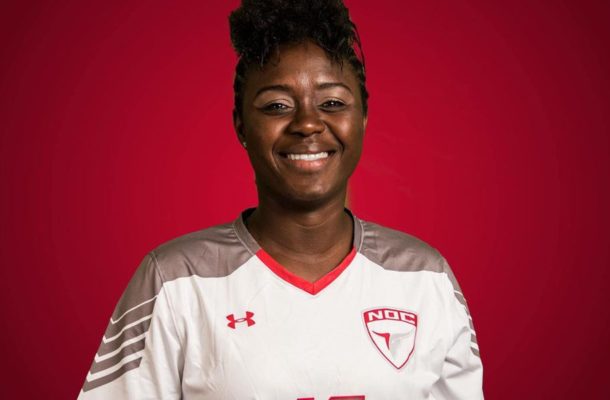 The 20-year-old forward has won it for a second successive time after clinching the top award last season.

Asare netted 27 goals in 19 matches in the National Junior College Athletics Association Soccer League Championship to better her feat last season where she was able to score 23 times in 21 matches.

The player was instrumental for Tonkawa Mavericks throughout the season.
Gifty Ayew Asare was first called up to the national Under-17 side, Black Maidens, in 2014, but could not make the final cut to represent Ghana at the Costa Rica FIFA World Cup tournament and was recently called up for Ghana’s friendly encounter against France November 2017.