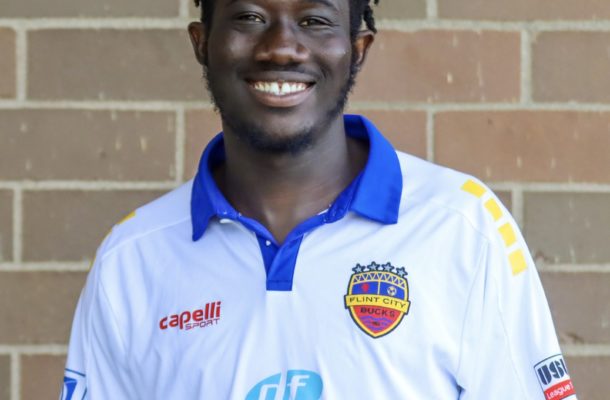 A Ghanaian footballer Eugene Quaynor met his untimely death in the USA on Wednesday night through a ghastly car crash.

According to the Police, it occurred near 71st and South Yale when he was stopped at the red light.

The 23-year-old Ghanaian was a student of Oral Roberts University and played as a defender for the University's team.

Police say Quaynor was stopped at a red light when another driver, who officers say was speeding, slammed into the back of the victim's sedan car.

His car burst into a ball of flames even before first responders could arrive at the scene while Quaynor was trapped in the vehicle as he died in his seat leaving his charred body in the driver's seat.

Witnesses say after the crash, the other driver sped off, hit a concrete wall, and ended up in a strip mall parking lot after almost hitting a building. That driver was taken to the hospital to be treated for a head injury, according to police.

According to a report from the Tulsa Police, the driver who was driving an SUV that killed Quaynor is suspected to have been under the influence of alcohol.

The late Eugue Quaynor was born in Accra - Ghana and attended Oyoko Methodist SHS in Koforidua before furthering at the University of Ghana-Legon where he played for various school teams.

He gained admission to further his studies at Oral Roberts University where he was pursuing Sports Science until his untimely demise.