Ghanaian loses $5k, Green Card to house fire shortly after he arrives from the U.S 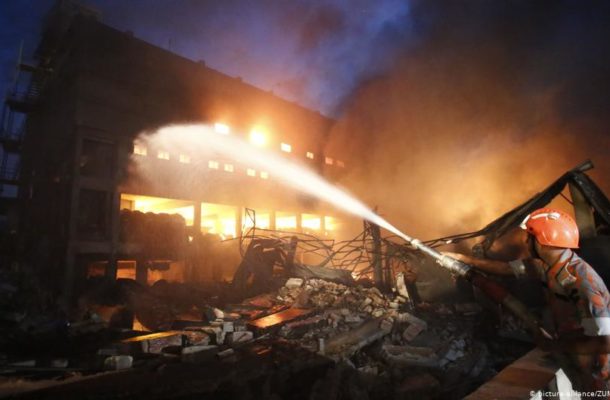 A devastating fire outbreak at Obuasi in the Ashanti Region has led to the destruction of cash amounting to $5,000 belonging to a Ghanaian who had just arrived from the United States.

His Green Card was also burnt as a result of the fire which ravaged the 12-bed-room housed he was occupying.

The name of the man is not immediately known but it is believed he was in the country to visit his family after a long stay in the U.S.

Reports say the outbreak was as a result of a cylinder explosion from one of the rooms.