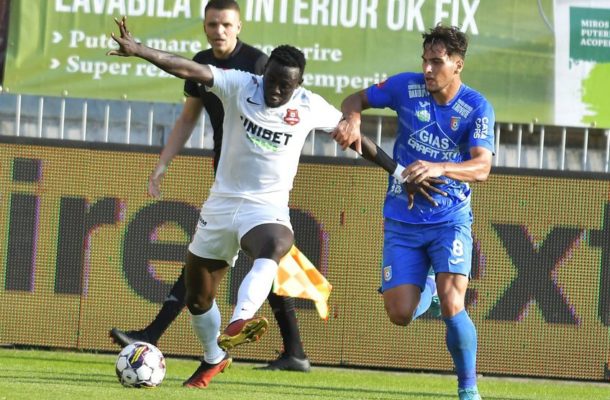 Ghanaian midfielder Baba Alhassan is not a happy man despite scoring the winner for his Romanian side FC Hermannstadt.

He averages one goal per game. The midfielder Baba Alhassan, 22 years old, achieved a double each with his side's wins in matches against Mioveni (3-0) and with FC Voluntari (2-1).

According to the Ghanaian midfielder, he hopes his side start paying them their arrears right from the lower division before they secured promotion.

He adds that playing football without money is nothing as everything for human's survival has to do with money.

"It would be even better if they started paying from the remaining money. That's the only problem, but it's a big, huge one! Football without money is nothing. You can't imagine this service without money. You need to pay various things every day, you have to live, right?"

When he was asked how many months of salary arrears they owed them, the midfielder revealed that it will be three months if they are not paid by 25th August 2022.

"Unpayable... I don't even want to calculate anymore. We do three months if it is not paid by August 25."