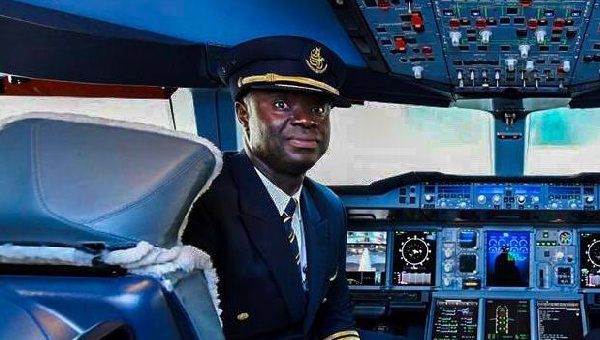 He made this announcement via his social media handles saying “Goodbye Emirates, Hello McDan”.

Solomon Quinoo became well known when he was the man in the cockpit when Emirates operated the A380 to Accra, Ghana, for the first time in a one-off flight when the Terminal 3 was inaugurated on Tuesday, October 2, 2018.

Educated at the Koforidua Secondary Technical and the University of Ghana, his career spans about 14 years with seven and half of it with Emirates Airlines.

He has operated different types of aircraft including Boeing 777 and A340 before gaining command to pilot the A380, the biggest passenger aircraft in the world.