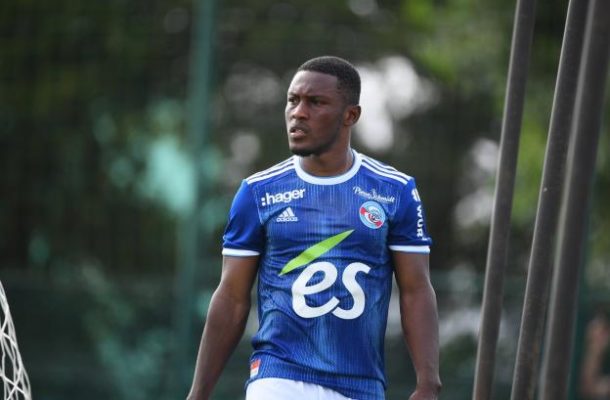 Ghanaian striker Abdul Majeed Waris has departed French Ligue 1 side Strasbourg after the expiration of his contract at the end of June this year.

The 30 year old striker joined the French side in 2020 on a two year deal after an initial loan spell from FC Porto.

He has failed to produce the goals for his side since joining the team two seasons ago and has departed as a free agent.

His estimated wage bill of 720,000 euros per season has been a financial concern for Alsatian club, according to L'Équipe.

Waris was a bit part player in the French Ligue 1 for Strasbourg this season as he featured in a paltry 15 matches all season scoring just two goals.

The Ghanaian striker has been linked with a return to the Scandinavia region where he played for BK Hacken while Turkey has also been mooted as a destination for the former FC Porto striker.

Strasbourg had a wonderful season in the Ligue 1, they ended the season with 6th place on the log and 63 points after 38 games.