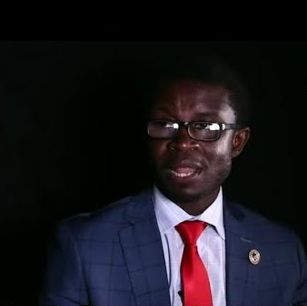 Dreams they say can be achieved if you stay true to yourself, work hard, never give up and believe in yourself even if nobody does.

Taking inspiration from Barack Obama’s success story who is the first African American to be elected as the 44th President of the United States of America, A Ghanaian lawyer and politician based in the States dreams of leading the country one day.

Owura-Kwaku Sarkodieh, an old student of Opoku Ware Senior High School speaking in an interview with Kofi Adoma Nwanwani said the time has come for a Ghanaian to be the President of the United States of America.

According to Owura Sarkodieh, he wants to set a pace for Ghanaians to follow and make sure every Ghanaian person living in the States will have a voice to speak just like what the Jews have achieved by establishing a strong base in the country.

Currently, Owura Sarkordieh is standing as a Mayor and Councillor At-Large in Worcester and is running a full-scale campaign and examining every avenue to gain support.

“This is what I want to establish in Worcester...I’m not going there for myself; I’m going to pave the way for the next generation of Ghanaians. I want to see a black Ghanaian, a black guy; if possible someone with an accent who can do it. It’s possible and doable if only we are willing to support each other. It’s my intention to establish a Ghanaian seat at the councillor-at-large that that seat will be reserved for the blacks that every year we’ll put one of our own there who represents us. With our population and influence, we can establish a Ghanaian seat out there just like how the Jews have done with the Supreme Court. Now American President dare not talk about the Jews because they have a political action out there who speaks for them”, he said.

Touting his love for America and being proud to be an American, Owura Sarkodieh said “I feel that at this time we will need a Ghanaian as a US President. Currently, I’m American. I became of citizen of America June 1, 2005. I love the country, this is a country I love. I tell my brothers America is beautiful, it’s a great place. It’s a place you can see, you can touch your dreams and you can see there is something in you that wants to come out. It’s a country I’ll never dissuade anybody who wants to go there”.

Owura Sarkodie who has spent 20 years in America and married with four boys says he was born at Asante New Town; Ashtown in the Ashanti Region and hopes his dream of becoming a President will be actualised.