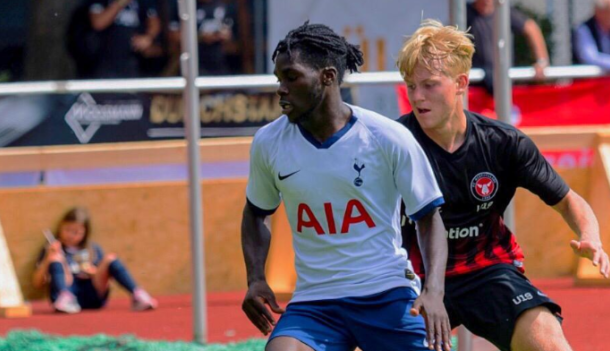 Ghanaian teenage sensation Enock Asante has been promoted to the second team of Premier League side Tottenham Hotspurs.

The 18-year old was part of the White Heart Lane’s Under 18 team last season scoring twice in nine games.

Asante has now been drafted to the Under 23 side and is expected to play a key role in manager Wayne Burnett side this coming season due to his versatility which has seen him been used in various attacking roles.

The teenage prodigy, who was born in Mampong-Akwapim in the Eastern Region of Ghana but grew up in England holds citizenship of both countries but yet to play for any of the nations at any level.