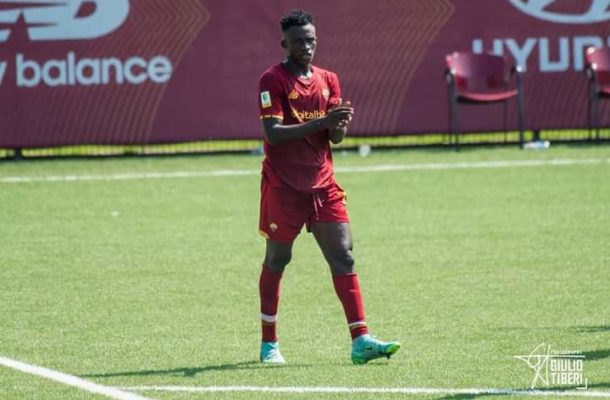 Teen Ghanaian striker Felix Afena-Gyan was the hero as his AS Roma Primavera side defeated Hellas Verona 2-0 at home on Sunday in their youth league.

He was the star of the show as he plundered in both goals for his side in the 45th and 57th minutes of the game as the Roma U-19 side continued their unbeaten run to the season.

The 18 year old striker was assisted in the first goal by teammate Voelkerling Persson after winning the ball off an opponent and firing low for the Ghanaian striker to tap in for the first goal.

His second goal was also assisted by same Voelkerling Persson who sent in a cross which the Ghanaian striker lobbed over the on rushing goalkeeper for the second goal.

The EurAfrica academy graduate is currently the top goal scorer in the Primavera 1 league.