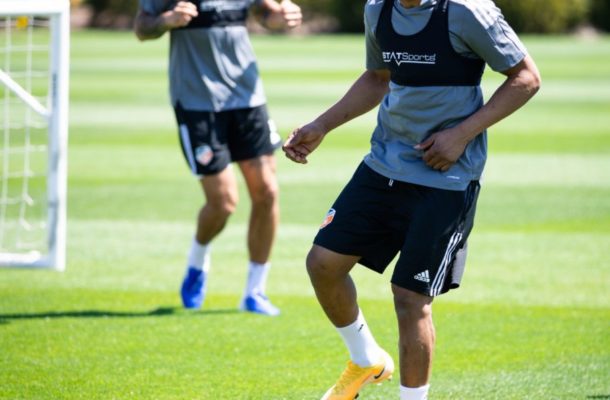 Ghanaian youngster Isaac Atanga has taken part in his first training session with his new club FC Cincinnati on Monday.

The winger has swapped Denmark for the United States of America as he joins Major League Soccer (MLS) side FC Cincinnati.

The FC Nordsjaelland midfielder joined the MLS side on a three year deal with an option for a further two years.

Atanga, 20, will be occupying an international roster spot and will be added to FC Cincinnati’s 2021 MLS roster upon the receipt of his P-1 Visa and International Transfer Certificate.


Due to delay in his paper works, his travel to the Uinted States delayed but has now arrived in the USA as he trained with his teammates on Monday.

"It's wonderful. I've been waiting for this for a long time and finally I am here. I am really happy and excited to be here," he said in his first interview with the club.

The 20 year old could make his MLS debut when FC Cincinnati play Orlando City on May 1, 2021.