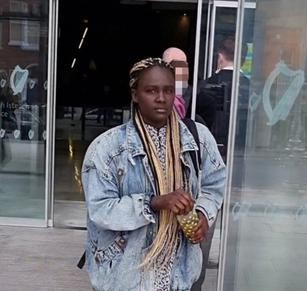 A woman from Ghana, Toberta Appiah who helped launder more than €4,000 through a "massive spending spree" across Dublin has been spared jail.

38-year-old Roberta, a mother-of-one "assisted" as another person went around shops and spent the proceeds of a fraud on electronics, clothes and other goods.

Appiah was identified on CCTV, and earphones and designer boots that had been bought were found in her home.

Judge Bryan Smyth gave her a nine-month suspended sentence after hearing she was not the main player and had been "manipulated".

Garda Laura Griskeviciute said Ulster Bank had reported an account, that was not in the accused's control, where money was transferred following an invoice redirect.

A subsequent spending spree involved one spend at Curry's on goods including a laptop and earphones valued at €1,437.

There were two spends of €14 at Centra and Circle K, where cigarettes were bought.

Appiah was identified on CCTV and headphones and Louis Vuitton boots were found in a search of her home.

The accused accepted she was present during the spends and benefited from them, Gda Griskeviciute said.

The other person had control of the account and Appiah went around with this person and "assisted".

The accused was "exploited by somebody who… was pulling the strings," defence solicitor Michael Kelleher said.

She was "well chosen" as she was vulnerable and there was an element of "grooming".