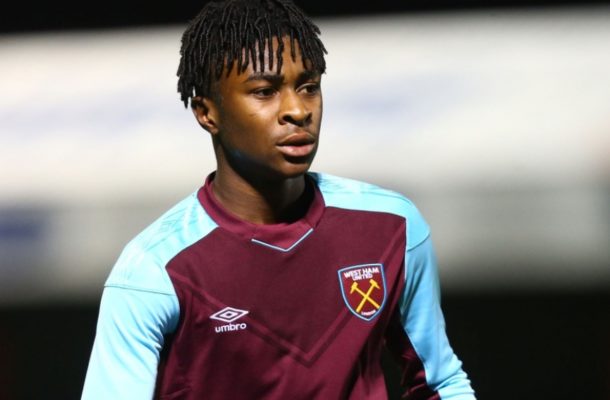 English-born Ghanaian Youngster, Sean Jordon Adarkwa has signed an extended contract with Premier League side West Ham United which will keep him at the club until 2021.

The highly rated forward has signed the new deal with the Hammers earlier in the week after agreeing terms with the London based club.

The English Premier League side offered a new one-year deal to the 19-year-old following his exploits at the club's U23 side.

Adarkwa inked a professional contract with West Ham United in 2019 but has since not featured for the club's first team despite churning out good performances on regular basis with their B side.

The talented forward has netted three goals in his four appearances for the West United U23 team in the Premier League 2 this season.

Adarkwa was born to Ghanaian parents in London and still eligible to represent either Ghana or England at any level.