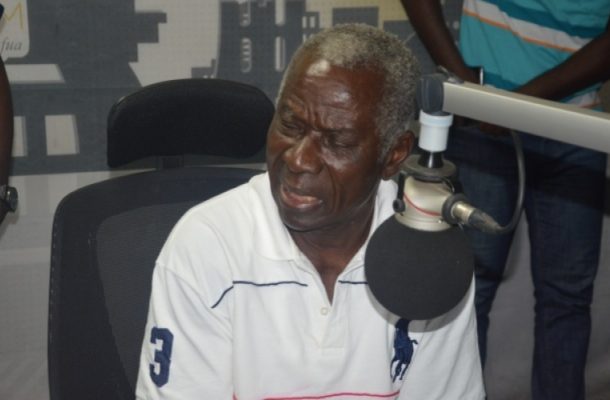 Brigadier General Nunoo Mensah has backed calls for former President John Mahama to reconsider his decision to contest the NDC flagbearership in November.

It comes days after academic and founder of AUCC Kojo Yankah urged the former President to accept his current statesmanship status and leave the race.

Speaking on Takoradi-based Radio 360, the Sandhurst trained General said Ghanaians rejected the Former President at the last polls and there is no need for him to try and comeback.

“…I support Kojo Yankah 101 percent in advising former President Mahama not to run again, his supporters can attack me also like they are doing to Kojo Yankah.  How do you replace me; someone who trained at Sandhurst with Baba Kamara because you say I speak the truth? So if President Mills chose me as the first of appointees for telling the truth, I will never lie in my life, I have never lied in my life”.

He was however hesitant to make a choice among the 11 aspiring candidates for the flagbearer position of the NDC saying,  “there is none like me in there who speaks the truth; who has got courage to speak his mind; we have been around for the past 25years and we are going nowhere ; Ghana is in a hole and when we go to borrow money and use it to buy land cruisers there is no thinking , no planning…you the press you are part of the problem so you have to speak about all this ;” he quipped.

He said the performance of the ruling New Patriotic Party(NPP) is below average.

“I am not impressed by anything; young people finish school roaming the streets  and there is no job, you can see desperation in their eyes, you can see pressure; I have not been impressed by the NDC and the NPP in the last 25years,” added the tough talking Brigadier General.

The NDC goes to the polls in November to lead the party in the 2020 elections. Former President Mahama is being contested by at least 10 other individuals for the slot.