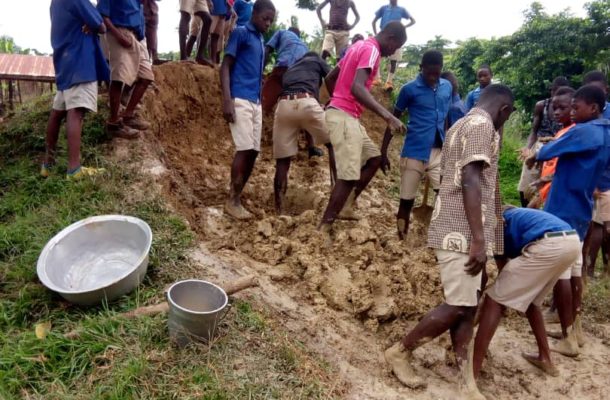 Students of Banaso Presby Junior High School (JHS) in the Aowin Municipality of the Western North Region were filmed moulding their classroom blocks because the structures were in a state of disrepair.

According to the Headmaster of the school, Mr. Ali Asumana, “lack of proper infrastructure has been the school’s major problem over the years”, indicating the parents, who are mainly farmers, have also for some time now refused to temper with the block, hence the children intervention.

There have been mixed reactions after Ghanaguardian.com carried the story and shared images of the JHS students doing the ‘dirty job’ while in school uniform and during school hours.

Some Ghanaians have landed the blame at the doors of the government saying it has refused to make provision for basic infrastructure for most Primary and JHSs in the country but rather prioritizing the building of a National Cathedral, something they find needless.

Others were also of the views that in Ghana, school children moulding their own classroom blocks is no issue because it has been in existence from the time of Ghana's first President, Dr. Kwame Nkrumah.

Others have also questioned the importance of the offertory being taken from members of the Presbyterian Church of Ghana since the school in question is a Presby school.

Below are screenshots of what Ghanaians are saying after reading the story: 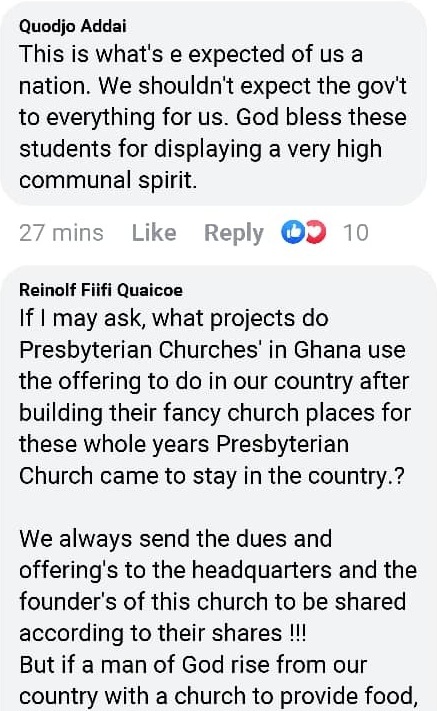 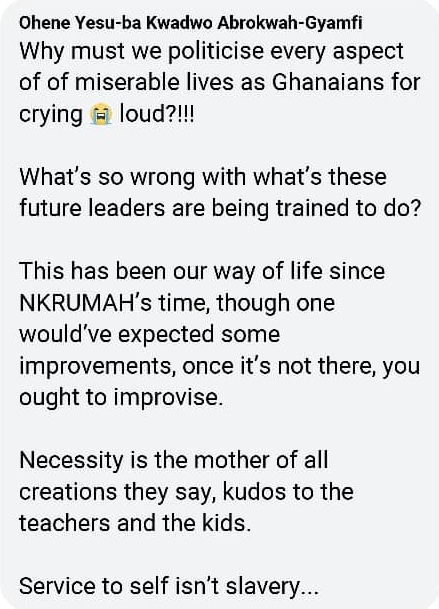 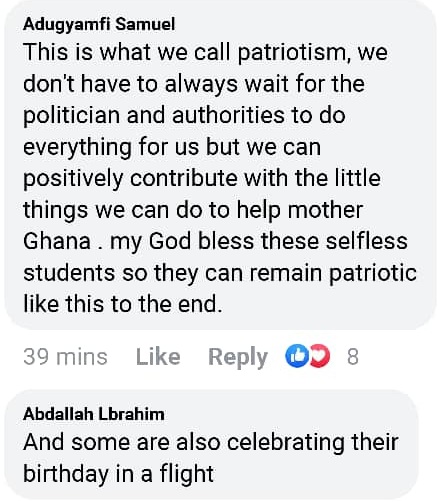 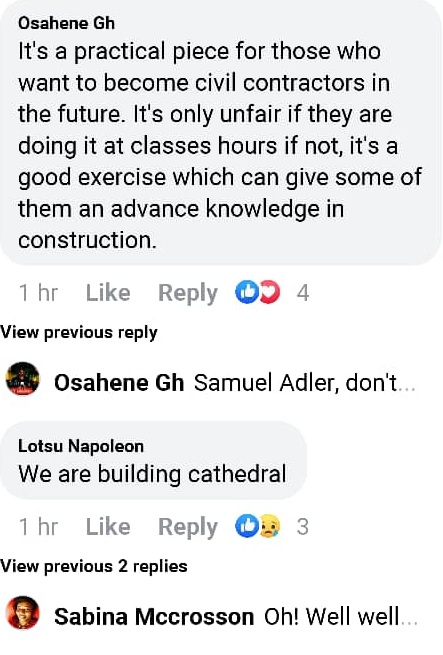 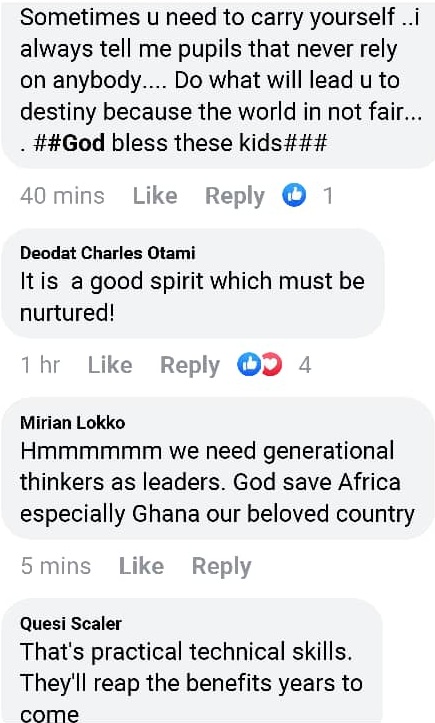 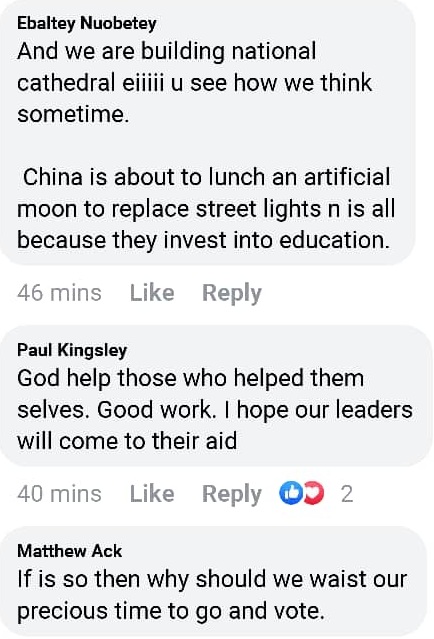 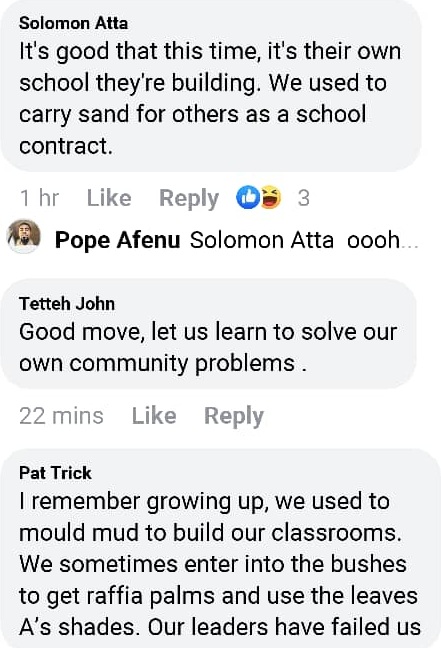 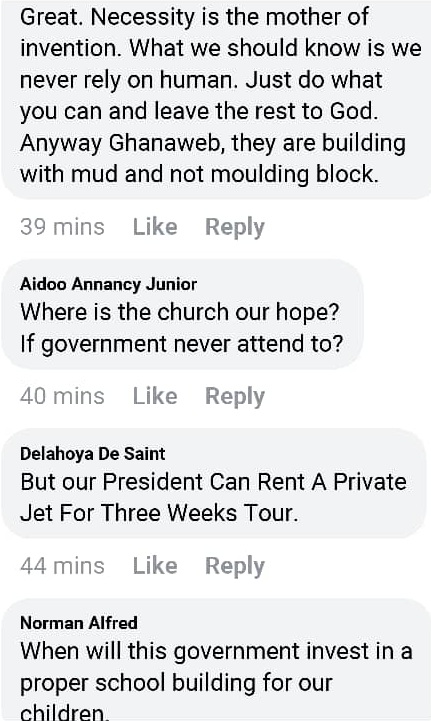 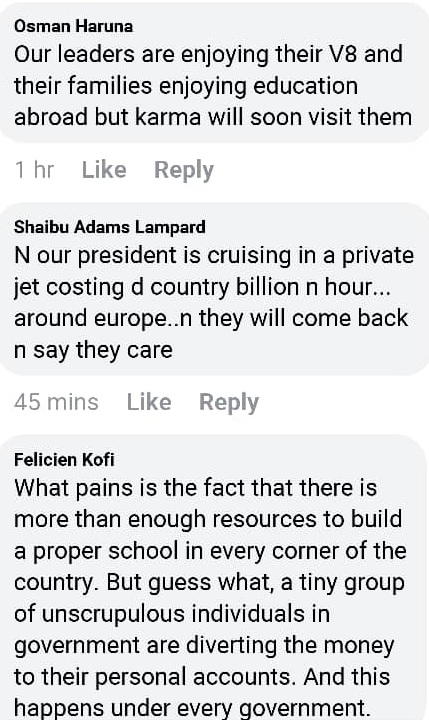 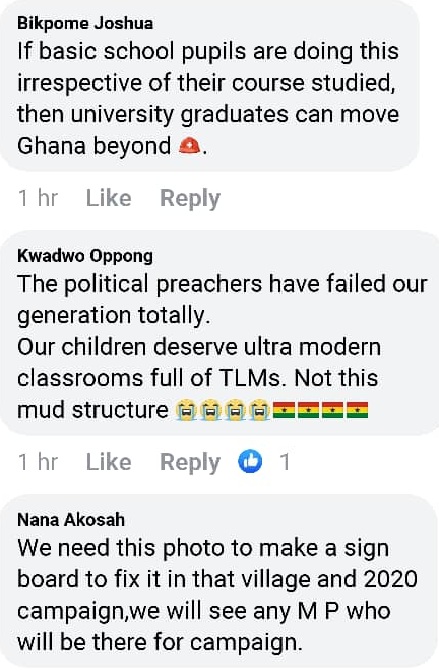