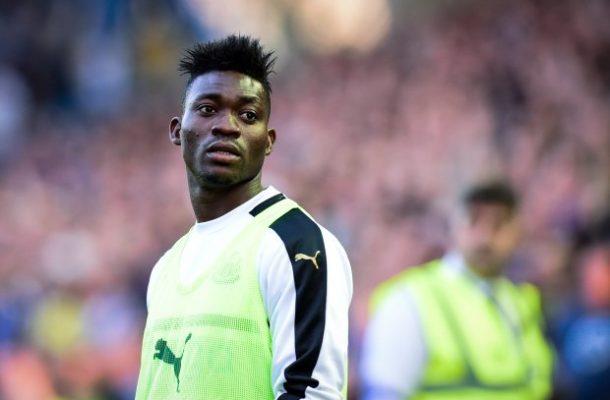 Ghanaian international, Christian Atsu has been declared surplus to requirement at Premier League side Newcastle United by manager Steve Bruce.

The tricky winger has failed to make the Magpies match-day squad since the Premier League restart.

Illness, was the initial reason given for the absence of the former Chelsea and Porto star for Newcastle's first two games.

However, manager Steve Bruce, has disclosed that the 28 year old has been left out because of the level of competition in the squad.

“Atsu wasn’t too well when we came back after the lockdown.

“You can only pick 20 players.

“He’s still got a part to play but, at the moment, he’s not quite making the squad,” Bruce said in his pre-match press conference  against Bournemouth.

Atsu has struggled this season, and has been limited to only eight league starts under Steve Bruce.

The former Chelsea man has been identified as one of the players likely to leave the Premier League side in the summer transfer window.