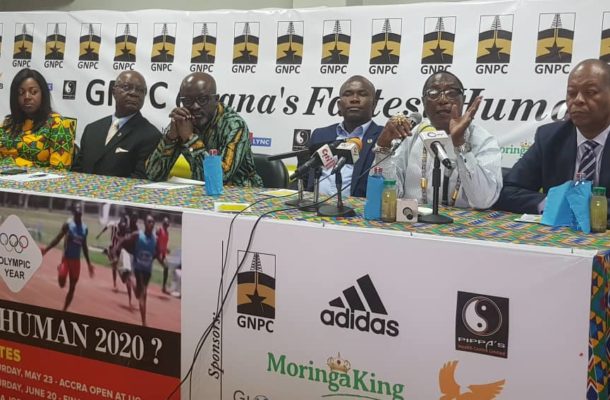 The Secretary to the President of the Republic of Ghana Nana Bediatuo Asante, has launched the 2020 edition of the Ghana National Petroleum Corporation (GNPC) Ghana's Fastest Human at the Media Center of the Accra Sports Stadium in Accra.

The GNPC Ghana's Fastest Human is annual Sprint competition accross the country where the regions would be grouped into zones.

The aim of GNPC Ghana's Fastest Human is to unearth sprinters to represent Ghana at Olympic Games. 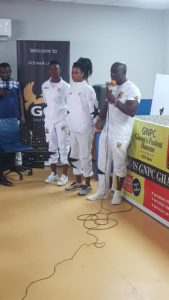 He pledged the government's continued support for this project, which is a successful example of a Public-Private partnership (PPP) initiative the National oil company GNPC as the headline sponsor".

Mr. Reks Bobby, the CEO of Ghana Fastest Human project express appreciate to Nana Bediatuo Asante the secretary to the President, Republic of Ghana for honouring his invitation. 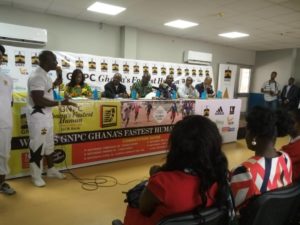 "We are encouraged by the results that this project has achieve so far and we are committed to working towards ensuring that this year's event makes it more memorable", Brobbey told the Press.

Tamale would host the first meet on February, 29th at the Tamale sports stadium with the grand final which is the final of finals scheduled for June 20th at Paa Joe Stadium KNUST in Kumasi.

The final four would be selected into GNPC speedsters club and place on one year residential camping.

The maiden edition of Ghana's Fastest Human project was held in 2013. The championship has produced many talents, some who have represented and won medals for Ghana at the international level.

The GNPC Fastest Human is sponsored by GCB, Adidas, Moringa King, among others sponsors.