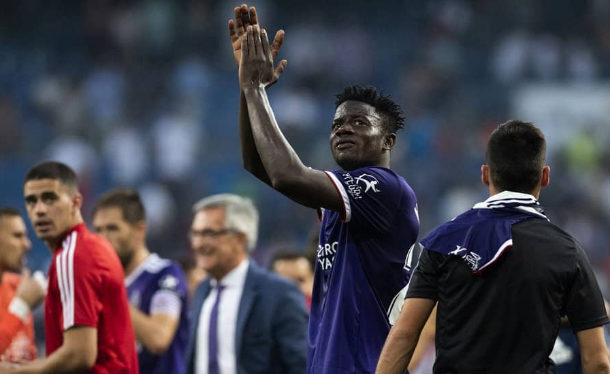 Ghanaian defender, Mohammed Salisu is fast becoming a regular feature on the back pag3s of the British tabloids as he continues to capture the attention of several Premier League clubs.

The Real Valadolid star has been a subject of transfer speculations to the Premier League since the winter transfer window with Manchester united reportedly keen on his Signature.

The 21-year old uncapped Ghanaian has been the brightest spot in Valadolid's campaign so far and has a meagre £10m release clause on his current deal which makes him highly likely to leave the Laliga outfit this summer.

According to Spanish outlet El Desmarque, Wolves and Southampton are currently showing the most interest in the Ghanaian, with Watford also reportedly keen on the starlet.

Salisu’s rise to prominence has been rapid, to say the least, as he’s only been playing professional first-team football for just over a year.

The talented Ghanaian, who can also play as a defensive midfielder, has made a total of 30 career first-team appearances to date.