Girl, 18, in grips of police after dumping fresh baby girl at public toilet 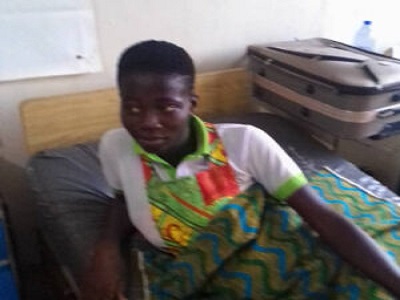 MyNewsGh.com gathers that an eighteen-year-old girl has given birth and dumped her baby at a public place of convenience at Ejuratia, a farming community in the Efigya Kwabre East District of the Ashanti Region.

According to our sources at the village, the young lady who was heavily pregnant before vising the public place of convenience left after she gave birth, wrapped the baby in and left it.

The baby’s cry drew attention to the fact that the newly born child had been abandoned by her mother who was long gone.

One woman who saw the young girl who is the mother of the child then indicated that she knew her personally and gave her name as Hannah.

Some women who were at the scene picked the baby, cleaned it up and sent it to the Ankasse Methodist Hospital where Doctors attended to it.

Meanwhile, the Police’s attention was drawn to the heinous crime and have since picked and is at the hospital under police guard.