Girl dies after being flung from amusement park ride (Video)

A 13-year-old girl died after she was flung from a fast-spinning ride at Chaohua amusement park in southwest China.

The horrific footage which was captured on a smartphone shows the moment the girl was thrown out from the ride on Friday. 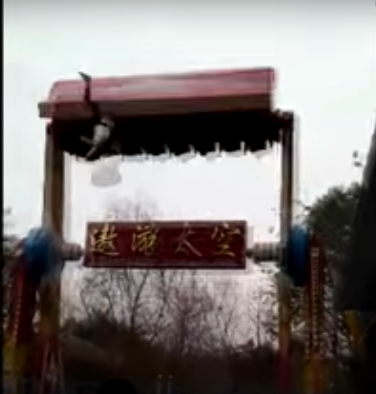 The ride was spinning fast as the girl clung to her seat before being hurled at speed and crashing to the ground. She landed on an iron railing and was rushed to the hospital where she died.

Investigation into the accident at the park revealed safety issues with the ride. The deceased's seat belt was broken and the passenger safety bar did not fit tightly enough. The ride, however, was reported to have passed a routine quality inspection in December.

China's national safety authority has ordered the park to close until all rides are checked for signs of danger.

It has also demanded all fun parks with the ‘Travel Through Space’ ride to suspend operations until further checks have been made with the Chengdu-based company that manufactures it. 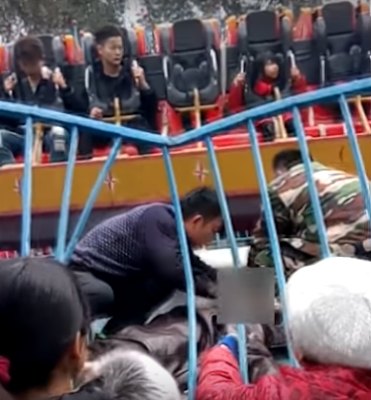