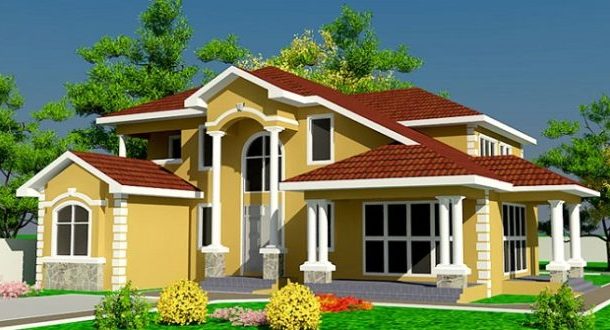 Majority of home owners in Ghana over the years have had to grapple with the growing cost of interest charged by banks on home loans.

The situation is said to be one of the issues impacting hugely on the country’s inability to solve its 1.7 million housing deficit gap which is also anticipated to increase to about 1.9 million by 2019.

According to a new report released by the Bank of Ghana (BoG) on Annual Percentage Rates (APR) and Average Interest(AI) paid on deposits by banks as at May, 2016 the average annual percentage interest rate charged by banks for a mortgage was 30.6. The figures reveal that out of the 29 banks covered in the report,  GN bank had the cheapest mortgage rate of 15.1 percent. The second bank with the cheapest mortgage is Stanchart whose interest on home loans starts at 18.4 percent to 28 percent. The third bank with the cheapest home loan according to the repot is Bank of Baroda at 21 percent. The report, which the BoG says, it published, to promote transparency in the pricing and provision of banking services, puts SG Bank at number four with 21.8 – 29.8 percent, Energy bank at number 5 with 28.5 percent and Zenith bank at number 6 with 29 percent. FBN Ghana occupies the seventh position with 29.1 – 31 percent, HFC bank which is known to be the bank with the highest focus on home loans in Ghana comes in at number eight with 29.7 – 30.3 percent, while Stanbic bank comes in at number nine with 30 percent and UT Bank at number ten with 32.2 – 35.2 percent. At number eleven is GCB at 32,4 – 38.1 percent, ADB at number twelve with 32.9 percent, Prudential bank number thirteen with 33.6 percent, Ecobank at 34.1 percent and Sahel Sahara at number fifteen with 34.6 – 39.6 percent. According to the report the banks with the highest mortgage interest  is Unibank at 40.8 – 45.8 percent, Royal bank follows with 40.2 percent, the rest are Bank of Africa 36.5 percent, Barclays Bank 36.1 – 40.1 percent and Cal bank at 35.3 percent. Meanwhile Access bank, First Atlantic bank, Capital bank, Fidelity bank, First National bank, GT bank, NIB,UBA and Universal Merchant bank do not offer mortgage loans.