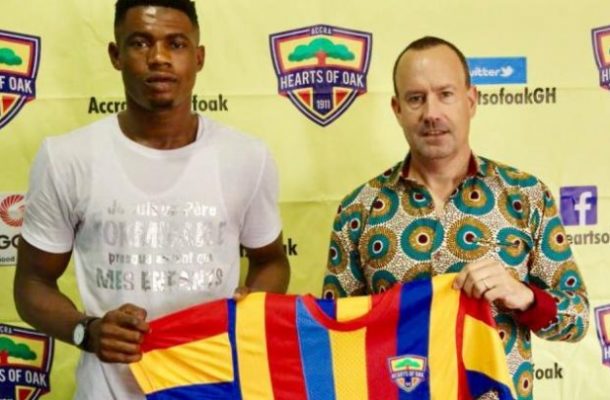 Young goalkeeper Richmond Ayi has  he opted to join  Accra Hearts of oak when the "big Ghanaian club" requested for his signature.

According to the Former WAFA shot stopper, he could not have refused playing for the former African Champions after leaving the academy side last November and according to the

Speaking to FootballmadeinGhana.com the 21-year old said the grandeur of the Accra-based side was the most important factor that influenced his choice.

“For me when I left WAFA and Hearts of Oak came calling I could not have said no. It is a big African club and that is why I joined.” he said.

“Hearts of Oak is not only a big Ghanaian club but across Africa this club has some great history. This was enough to make my choice.

“It was really greet feeling when I signed and ever since I can say the team has improved with Kim Grant. We have been working hard at training and the methods of the coach is helping us.

“I am young and it was my dream to play for a big team in Ghana before moving abroad and this was done.”

Ayi joined the Rainbow club on a three year deal after ending his stay with the Sogakope based club.