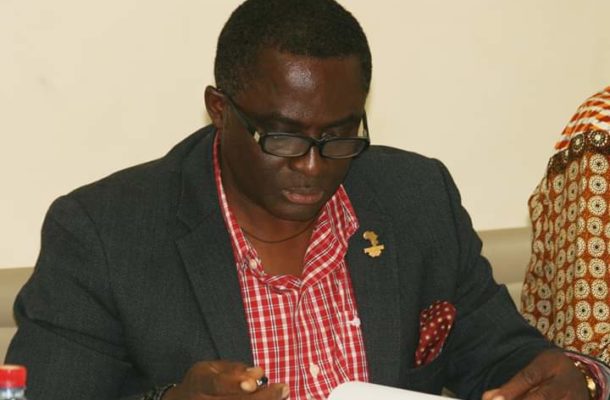 President of Ghana Olympic Committee (GOC) Mr. Ben Nunoo Mensah has cleared the air on the ongoing stadium facility at the Amasaman community in the Greater Accra region.

The GOC boss detailed the press on the rationale behind the facility and that it was not an Olympic stadium as proclaimed by the local media.

An average age of 15 years and below both sexes are expected to use the facility after completing with multiple sports disciplines destined to grace the complex. The Center is for Juvenile Sports Excellent but for elite athletes.

Speaking to the press, Mr Ben Nunoo Mensah highlighted the reasons behind the sports edifice and who is funding it.

“The purpose of building the Amasama Juvenile sports Excellent Center is allow kids to play to discover their talents and skills as well and polishing their talent and grown up to become a elite athletes.

What has been done so far at OlympiaAfrica Center- Amasaman is from individuals who have contributed towards the project.

The clearance of the forest by Bulldozer for work to get start at the Amasaman cost an amount of GHC35K which was paid by Decker Engineering-company owned by the GOC President”, Ben Nunoo told the press.

He added, “We are all aware of the infrastructure the Hon. Sports Minister is doing all over, the resources center, that is entirely been funded by Government. In case of Amasaman, it is an Olympic Stadium that is more a less own by LOC, even dough whatever we do there is for the children.

African Olympic Committee Association (ANOCA) promised to support with the construction of a Multi-purpose court to allow the kids play basketball, handball, Volleyball among . and also Ghana has been accepted into OlympaAfrica funding”.