God didn't cause Ashaiman accident, your indiscipline did - Angry Stonebwoy lashes out 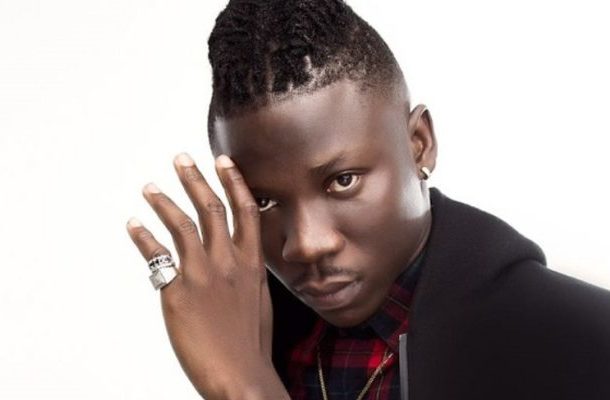 Multiple award winning Ghanaian Raggae/Dancehall artiste, Stonebwoy, has lashed out at persons calling for God's intervention in an accident that occurred yesterday at Ashaiman.

According to the Bawasaba hitmaker who was born and raised in Ashaiman, the gory accident at the Ashaiman market is as a result of the indiscipline on the part of some Ghanaians.

In his Facebook post, the singer mourned those who died through the accident and also wished those who got injured speedy recovery.

However, he stated that people should not attribute what happened to God but rather to the negligence and indiscipline of the people.

God is the author and finisher of our fate. But these deaths and accidents that leave us “disabled” is not from him! Let religion and superstition take some breath. Look what happened in my city Ashaiman.

A loaded truck runs into market women at Ashaiman traffic. Killing some and leaving some wounded.

Driver-: break failure. Does this really justify the killing and wounding of other people mothers and relatives?

Wait But did the driver actually mean to kill though?

I know the struggle of women especially market women who hustle tirelessly to fend for their homes. BUT

1• What if our market women stopped coming into the streets?
2• What if they occupied and stayed in the market places purposed for them to sell so that buyers go to them if they need anything ?

The market places may not be able to accommodate the increasing number of women venturing into trade but is it worth risking their lives on the street side?

Ashaiman As densely populated as it it still has land for modern market places to be constructed anyway.
Not To Even Talk about

3•the trucks road worthiness…
4•the trucks Insurance and the rest…..
5•Not to even talk about ambulances that will get to the scene early enough to save some of the victims while they transport them to hospitals
6• Are there enough Beds in the hospitals to admit victims….?

WE the people are the government. No one person can make LIFE easier for US without our input.

Our mindset and the way we SEE and think things really matters.

DONT YOU THINK WE ARE LOSING so many people prematurely because of Our Own indiscipline?

Get well soon those who obtained wounds
and may their souls rest in peace.

Those who passed, condolences to their families.

On Thursday 26th July, 2018, a Kia truck loaded with cement blocks ran into traders along the major Traffic Light intersection close to the Ashaiman Market.

Reports say the truck’s break failed, forcing the driver to lose control of the vehicle, and in the process running into the street hawkers.

The truck also damaged five other vehicles which were parked along the road.

At least one person has been confirmed dead with six others including a young girl severely injured.

Hawkers within the Ashaiman Municipality are known for selling on the streets of almost every major road in the area, and several attempts to get them off have proven futile.

Most of the roads in the busy parts of Ashaiman particularly around the main lorry terminal and the market area, as well as the major traffic intersection, have become very narrow because traders have taken over, making it difficult for both cars and humans to move freely.