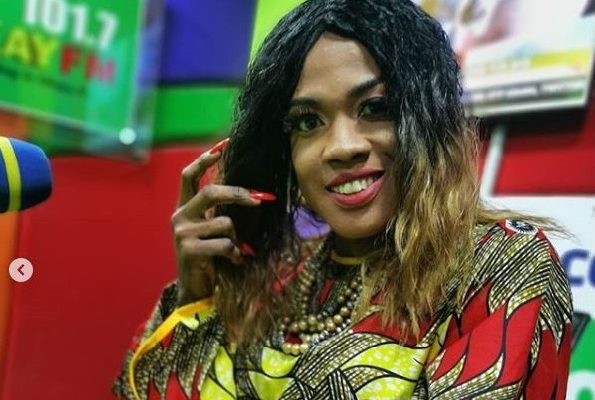 The mother of Angel Maxine, a popular Ghanaian transgender, has come out to defend her son’s sexuality. Angel Maxine, was born male but now identifies as a woman.

According to his mother, her son has been behaving like a girl ever since she delivered him and as a woman of God, she fasted and prayed about her son’s sexuality but God told her that he created her child in His image.

“From the beginning, it was easy because I am a Christian and a born again and a woman of God as that. And she was brought up in a Christian home, her dad too is a reverend minister so you can imagine it wasn’t easy,” she said.

Maxine’s mother was angrily speaking in a video that has gone viral whilst she condemned the anti-LGBTQ bill before parliament.

“Look at the bill they are passing, so will you sit down for somebody to just kill your child? I think that boy called Sam George is a mad man,” she said whilst called on mothers who have their children in the LGBTQ community to also come out and speak.

Talking about her son who was sitting by her in the video, she said “we did everything we could, I went before God, I fasted, I prayed, what God told me is He created her in his own image, that is all I heard from God so I took my son and he said I have a purpose for her to save people like her“.

According to her, people like her son are in everyone’s home with some in Ghana’s parliament, therefore, the bill must be condemned because she wants her son accepted for who he is.

Hear more form her in the video below as she also verbally attacked Sam George and others who are in support of the anti-LGBTQ bill.