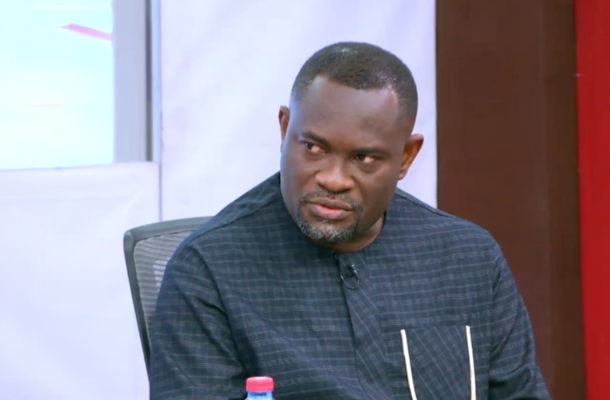 Deputy Minister For Finance, Dr. John Ampontuah Kumah has indicated Government has been working hard to address the recent depreciation of the cedi which is largely structural.

His comments follow the commentary running over the depreciation of the cedis currently falling against the dollars.

The Deputy Minister also MP for Ejisu in a post on his Facebook post explained that on the assumption of office, the industrial policy of the government has been to shift our dependence on imported goods and reduce the outflow of Foreign Exchange.

According to him "Many of these initiatives like 1D1F which are long term in nature will ultimately assist to address the structural imbalance in the economy".

He explained that "In the immediate term, the Central Bank has initiated a raft of measures to address the situation. The key measure has been the use of the Forward Foreign Exchange Auction which has helped to moderate the spot dem government amendment is committed to deepening the Forward Foreign Exchange Auction to take away the spot demand pressure. Already, BDCs demand is also met by this auction".

"Also, the recently approved USD750,000,000 by Parliament upon completion of the loan process will boost the Foreign Exchange position of Government. The government is working assiduously with Afrexim Bank to finalize the loan".

"Also, Government has secured a USD250,000,000 from selected banks awaiting Parliamentary approval. We expect Parliament to be recalled back to Parliament to consider and approve the facility".

He continued that "This will go a long way to increase the FX position of the Central Bank. Again, apart from the normal forex purchases the BoG conduct, the Cocoa Loan is also expected soon. That facility will also give support to the Foreign Exchange position of the country".

He said the recently announced Gold Purchase Programme will also contribute significantly to the building of a healthy reserve for the country.

"We anticipate that when the IMF program is finalized, it will also go a long way to help build confidence in the economy and stem portfolio outflows. The fiscal consolidation measures introduced by the government including a freeze on purchase of vehicles and foreign travels are also helping to reduce government demand for Foreign Exchange and are boosting confidence in the economy" he added.

Dr. John Kumah concluded that the Government anticipates that soon, the situation will change for the better.