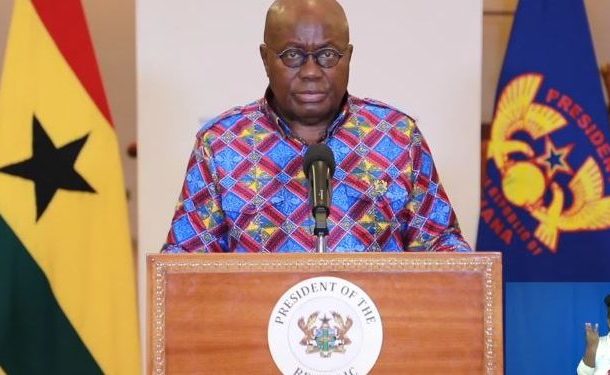 The Alliance for Social Equity and Public Accountability, ASEPA has for the past few weeks been following a trail of several behind the door arrangements by the Government and persons close to Government and can confidently report to the good of people of Ghana that Government of Ghana is Spending huge sums of taxpayers money to revive the already dead and discredited Airbus affair.

Yes folks your Government is spending Millions of your taxes to attempt to influence Newspapers and Online Portals in Europe to revive Airbus DPA to smear its Political opponent, John Mahama.

Unfortunately for the Government, several of the most reputable Media outlets in Europe have declined to swallow the bait based on what they describe as serious Privacy Concerns( which was very prime in the Airbus Investigations in the UK.)

A close relative of President Akufo Addo is the Chief Architect of this Airbus Revival Agenda and has control of a huge slush fund containing millions of dollars to achieve the objective.

The Special Prosecutor's Office is the conduit through which this smear campaign is being coordinated. It will recalled that pressure from the Presidency was brought to bear on the OSP to publish the bio data of some foreign Nationals and invite them to his Office for questioning(even though he knows that was practically impossible) just to incite more International attention on the case amidst serious Privacy issues which we believe can later have serious consequences for us as a Country if these Foreign Nationals decide to seek legal redress for that reckless action by the Special Prosecutor. Was this reprieve granted the Special Prosecutor in order to influence his subsequent conduct?

Recently there have been many behind the scenes movements aimed at putting pressure on the Special Prosecutor to achieve parochial political interests. There are many questions begging for answers. For instant why was there an almost complete change in the panel in the course of the trial with the newly appointed Chief Justice installing himself as the head of the panel? Why was there a surprise adjournment two weeks ago when the court was about to give its ruling? And what was the subject of the closed door discussion between the President and Martin Amidu before the Supreme Court verdict was given?

It is common knowledge that Nana Akufo Addo has been putting pressure on the OSP to invite Former President Mahama to his Office amidst heavy funfare just to give the former President a bad publicity ahead of the elections.

After several reputable media outlets failed to accept to publish stories on Airbus, they have fallen on tabloid portals like the Sun Newspaper in the UK to rehash the failed agenda and also turned their guns home by recruiting local online portals in a desperate attempt to revive an already dead story. Isn't it interesting that even before the Sun had uploaded the story, a cousin of the President JB Danquah Ofori Atta was first to begin posting it on social media? A case of cooking your own food and serving yourself first?

The desperation of Akufo Addo and his family on this Airbus issue is due to the brick wall they have hit trying to enlist the cooperation of the UK Authorities in their political witch-hunt.

The Nana Akufo Addo is renowned for his penchant for selective justice. While he has become an agent for clearing corrupt persons in his regime, he lied on an international platform recently that all corruption allegations against his government have been investigated and cleared.

What the world is wondering is why the President has not referred the Bribery Scandal involving the former TOR MD to the Office of the Special Prosecutor with the same alacrity as he did in the case of the Airbus?? several CSOs like ASEPA, IMANI and other Anti-Corruption Groups have also asked the same questions over and over again.

Is it not because the former TOR MD was a major financier of his in the 2016 election? And that the Turkish promoters of the AKSA plant are close friends of the family and indeed have one of his cousins as their Legal Consultant?

We will closely monitor the OSP after his miraculous reprieve in the recent Supreme Court case and how he conducts himself.

Bukari Dramani 1 week ago
What do the writer seeks to achieve? If Akuffo Addo wants to gain political point, whatvis wrong with that? Dies John Mahama also has the feet to dupebthe state by taking bribe and the cost of the Airbus inflated? We live to see. Corruption is corruption.