Government to pay GPL players allowance from 2019 – YEA Board Chair 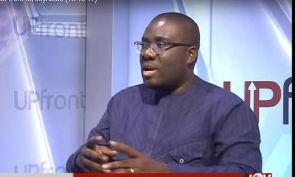 Board Chairman of the Youth Employment Agency (YEA), Sammy Awuku has revealed that his outfit is on the verge of firming up a scheme to financially support footballers in the Ghana Premier League.

This would come in a form of top-up allowance on the salaries stipulated in the respective contracts of players in the top flight.

According to Mr Awuku, government and its related agencies hope to roll out the plan once football bounces back in the country in 2019.

“There are plans to support our players in the premiership, like supporting them with some allowances when eventually you bounce back with football,” he revealed in his address at the launch of the Ghana Coaches Association covered by Kasapa Sports.

Explaining the decision further, Mr Awuku said: “[This is] because one of the biggest problems we face is how to motivate these [local] players. At YEA where I’m Chair, we are in talks and had discussions with our minister…

“We are fine-tuning it so that every player who plays in the premiership is supported with some basic allowances in addition to what the teams will pay them.

And we hope to eventually start it somewhere in 2019,” he re-echoed.

The YEA Board Chair also noted there are plans to grant scholarships to Ghanaian coaches to broaden their horizons at top-class clubs across the world.