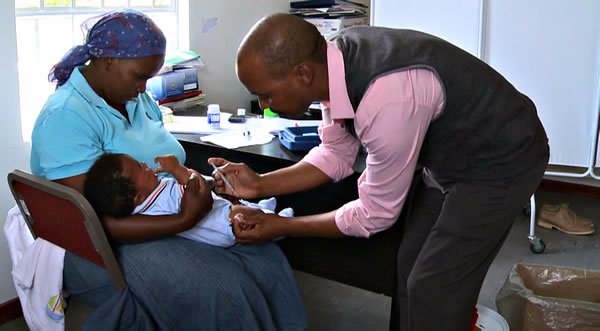 Stakeholders in Health in the Upper West Region have appealed to the Government to, as a matter of urgency, establish an immunisation fund to serve as a contingency to solve some health problems.

They made the appeal at a meeting organised by SEND-Ghana, a non–governmental organisation, to analyse the funding of immunisation in the 2020 Budget, approved by Parliament.

The programme, on the theme: “Regional Engagement Session with Stakeholders on 2020 Immunization Budget in the Upper West Region,” afforded participants the opportunity to brainstorm on issues of immunisation and other health-related matters.

Mr Mumuni Mohammed, the Programme Coordinator of SEND-Ghana, said the Government had not shown enough commitment to taking over immunisation from the Global Alliance for Vaccines and Immunisation (GAVI) by 2026 as discussed in the GAVI Agreement.

He said the Government had also failed to meet the budget requirement of health financing, especially immunisation since 2016, hence the Alliance had become the main financier of health, particularly vaccines for immunisation in the country, which was supposed to be co-funded by government.

Mr Mumuni said the 2020 Budget had also defaulted in the funding of immunisation since the budgetary allocation to the Ministry of Health was inadequate as compared to other government departments.

"That is why we are here as stakeholders to discuss on how to suggest a solution to the government on how to finance our own immunisation activities as a country by 2026 as captured in the GAVI Agreement,” he said.

Participants suggested that government helped in financing those activities and allocate part of the District Assemblies Common Fund for same.

The programme was attended by chiefs and queen mothers in the Upper West Region, some staff of District Health Administration across the Region, staff of SEND-Ghana and other stakeholders from the Ghana Health Service.