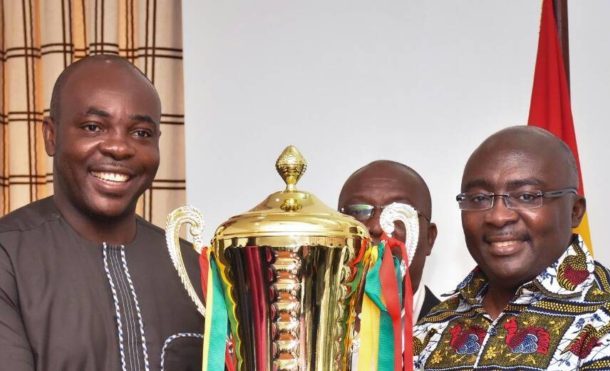 Accra Great Olympics have announced they will play city-rivals Hearts of Oak in the 2019 President's Cup in March.

The match will be played at the Accra Sports Stadium on Independence holiday 6 March, 2019.

It is  not known how the critria for selection was done to arrive at the two Accra-based sides, but a statement signed by the Olympics PRO  said: ''The club would like to urge the fans to storm the Accra Sports Stadium in their blue and white colours on Wednesday 6th March, 2019 to cheer the boys on.''

The Phobians are the record holders of the President cup, having won it on four occasions, but are to comment on the report which was released on Tuesday by their City rivals.