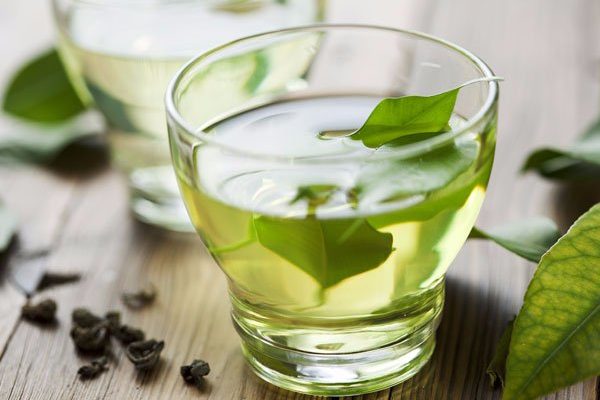 According to a new study, a molecule found in green tea might help to protect against atherosclerosis, which is a common cause of heart attacks and stroke.

Atherosclerosis is a buildup of plaque within the arteries.

Starting as fatty streaks on the walls of blood vessels, they slowly grow in size to become hardened plaques; this makes the arteries narrower, reducing blood flow.

As the vessels become clogged, certain regions of the body receive less of the oxygen-rich blood that keeps them healthy.

As atherosclerosis slowly develops, there are few symptoms. But, over the years, problems can begin to surface.

Depending on the site of the affected arteries, atherosclerosis could lead to a plethora of problems, such as coronary artery disease, which is a reduction of blood flow to the heart's muscles, and stroke, which is characterized by reduced blood flow in part of the brain.

Some risk factors for atherosclerosis are well known; they include being overweight, diabetes, and high blood pressure or cholesterol levels.

Because some of these factors are increasing in prevalence, there is a push to find innovative ways to tackle atherosclerosis and stop it in its tracks.

The list of purported health benefits of green tea is virtually unending. From cancer-fighting powers to weight loss wonders, green tea has been deemed the elixir of life. However, the research doesn't back up many of these claims.

When speaking with the British National Health Service (NHS) about the health benefits of green tea, Alison Hornby — of the British Dietetic Association in Birmingham, in the United Kingdom — puts it succinctly, saying, "[T]he evidence for the majority of these conditions is weak or lacking."

However, because green tea contains so many compounds, scientists are still dissecting the drink's components to tease out any potentially bioactive molecules.

One such chemical is epigallocatechin-3-gallate (EGCG). It is found in green, black, and white tea, but it is most abundant in the dried leaves of green tea.

Scientists have demonstrated that this compound binds to apolipoprotein A-1 (apoA-1), a protein that behaves similarly to the amyloid plaques found in the brains of people with Alzheimer's disease. Due to this, studies have explored the potential use of EGCG against Alzheimer's.

More recently, a team of researchers from Lancaster University and the University of Leeds, both in the U.K., wondered whether EGCG might also be able to help against atherosclerosis.

In atherosclerosis, apoA-1 sticks to plaques, making them larger and restricting blood flow further. If it could be dissolved, it might ease the condition.

As hoped, they found that EGCG breaks down apoA-1 when in the presence of heparin, a naturally occurring anticoagulant. The combination of molecules converted apoA-1 into smaller and more soluble molecules that are less likely to restrict blood flow.

These results were published recently in the Journal of Biological Chemistry.