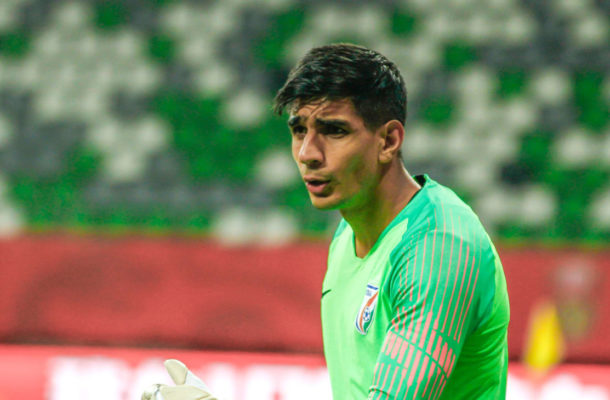 Bengaluru: Gurpreet Singh Sandhu has admitted that watching some of the continent’s best players at the 2011 AFC Asian Cup in Qatar gave him the motivation to develop into the player he is today.


The goalkeeper was just 18 years old when he was included in the India squad for the 2011 edition when the Blue Tigers were drawn alongside continental heavyweights Australia, Korea Republic and Bahrain.

And although Gurpreet got no game time as the South Asians ultimately lost all three of their matches, he looks back on the experience as a positive one that helped him progress in his career.

“I remember being up against Australia and watching the likes of Tim Cahill and Mark Schwarzer play,” recalls Gurpreet, who along with captain Sunil Chhetri is one of just two players who were part of the 2011 campaign that will be present in the UAE.

“They were great memories and I learnt a lot being in that atmosphere and that squad. It helped me to dream about playing for the first team, so it was a privilege to be part of that side.”

India’s progression to the AFC Asian Cup UAE 2019 was far from straightforward, with defeat to Guam in the second round of qualifying in mid-2015 a low point.

But after beating Laos in the ensuing play-off round, the South Asians advanced to the third round of qualifying and proceeded to go unbeaten in their first five matches to secure their passage to the UAE.

I will never stop learning

A post shared by Gurpreet Singh Sandhu (@gkgurpreet) on Dec 8, 2018 at 8:35pm PST Stephen Constantine’s team did not lose a game between March 2017 and March 2018, while Gurpreet was also part of the side that won the four-team Intercontinental Cup on home soil last June.

“I think we were in a transition; we started with almost a new team, so it takes time for a group to come together and get to know each other,” explained Gurpreet when asked about the 2015 setbacks.

“By giving it some time, we achieved that. This is a result of sticking together and working hard. [Since then], being able to win trophies with the national team is something I’m proud of.

“Winning the Intercontinental Cup and qualifying for the Asian Cup are things that I’ll remember. But we can achieve much more, so I’ll always aim to do more.”

India have been drawn in Group A alongside hosts UAE, Bahrain and Thailand, who they will play in their opening fixture at Abu Dhabi’s Al Nahyan Stadium on January 6.

The Blue Tigers will start their campaign as underdogs to advance to the knockout rounds, but the 26-year-old goalkeeper remains optimistic ahead of the big kick-off.

“We want to do what others are not expecting us to do, so we need to play to our strengths and make it difficult for the good teams to play against us,” added Gurpreet.

“From then on we’ll see what we can achieve and if we can get the results we want. But it’s going to be a great opportunity for our nation.

“There are many Indians living in the Emirates, so I would urge them to come to the stadiums and support us – we’ll try to make it fun.”