Hajsafi: Iran can be kings of Asia again 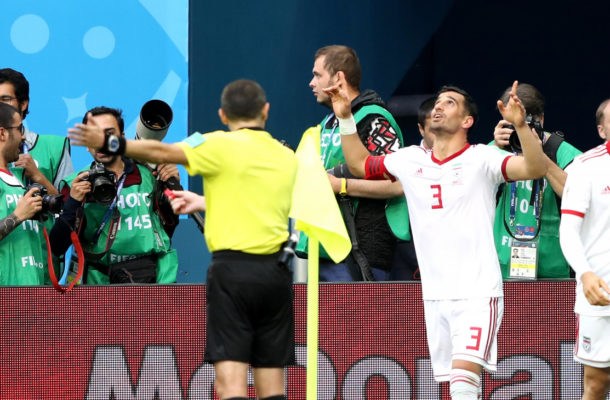 
Iran’s solid tactical performance was on full display at the 2018 FIFA World Cup Russia as they come within inches of advancing into the Round of 16 for the first time.

Team Melli had a dream start against Morocco when they picked up their first win in the FIFA World Cup since a 3-1 victory over the United States in 1998.

Hajsafi, who delivered the free-kick five minutes into added time that spurred the own goal by substitute Aziz Bouhaddouz, believes Iran have come out stronger after Russia 2018 and are firm favourites to land the AFC Asian Cup title.

“There is good understanding between the players of us achieving the same goal. And I think with good experience we can get a good result and become champions after missing out for many years,” said the 28-year-old left-back.


Iran, whose last of three AFC Asian Cup triumphs was in 1976, are in Group D with Iraq, Vietnam and Yemen and Hajsafi, who has made 100 national team appearances, is confident his team can advance into the knockout stage with minimum fuss.

“With respect to the other teams,our strongest opponents would be Iraq, but we are Iran and we want to become the champions so we do not want to underestimate any team - Yemen and Vietnam are good teams as well.

“As we approach the AFC Asian Cup, we are getting more information about them. And I genuinely believe that we can clinch the title this time around.

“All of us believe that we can win the AFC Asian Cup. Of course, everybody would like to be the kings of Asia. All the players have special plans and programmes catered specifically for the AFC Asian Cup

“We did very well in the previous edition in Australia, but we lost to Iraq on penalties in the quarter-finals. It will be different this time, and I hope that we will become the champions of Asia.”

Hajsafi, who plays for Iran club Tractorsazi, also called on Iran fans to show their support at UAE 2019, as they did during the FIFA World Cup in Russia.

“I hope that the fans will continue supporting us like they did during the FIFA World Cup Russia.

And I hope many of them will come to the UAE and watch us play.

“This is the opportunity to bring the trophy back to Iran and hopefully with the support from the fans, we can do it together.

Iran will kickstart their AFC Asian Cup UAE 2019 campaign on January 8 against Yemen at the Mohammed Bin Zayed Stadium at Abu Dhabi.