Harambee stars to arrive in Ghana today ahead of AFCON qualifier 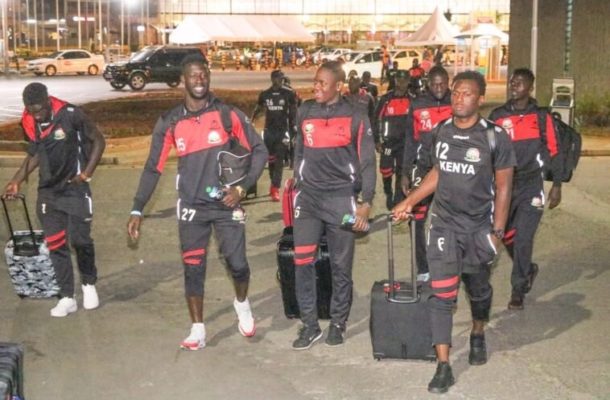 The Harambee Stars of Kenya are set to arrive in Ghana today ahead of the 2019 Africa Cup of Nations qualifier against the Black Stars.

The Match is scheduled for Saturday, March 23 at the Accra Sports Stadium.

The team begun preparations on Tuesday  with majority of the players called up for the game taking part in the session.

Tottenham star and skipper of the side Victor Wanyama, Erick Johanna, Erick ‘Marcelo’ Ouma, Ismail Gonzalez and Paul Were and a host of other players took part in the training which was supervised by Head coach Sebastien Migne.

However, ZESCO United hitman Jesse Jackson Were, who scored against Asante Kotoko in the final group game of the CAF Confederation Cup, was shockingly left out of the squad.

Both teams have already qualified for the Africa Cup of Nations  slated for June in Egypt. The game will only be used to determine the winner of the group.

Kenya defeated Ghana by 1-0 in the first leg at the Kasarani Sports Stadium.