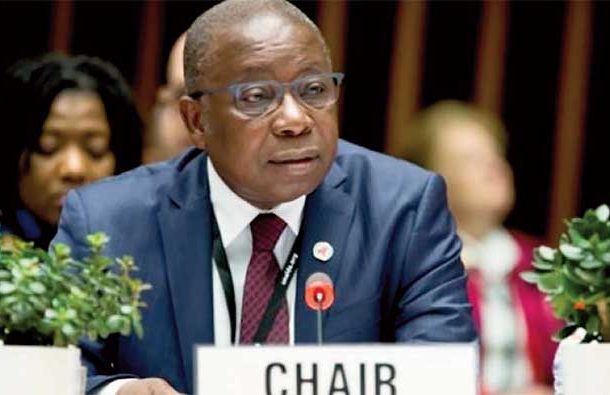 The Ministry of Health (MoH) has explained the circumstances leading to the purchase of the Sputnik V vaccines at US$19 per dose instead of the US$10 ex-factory price.

According to the MoH, the government’s request to obtain the Sputnik V vaccine from direct channels failed due to global shortage hence, its reliance on an intermediary to secure the vaccine.

“The MoH has since early this year, made several efforts to procure the Sputnik V vaccine directly by engaging the Russian authorities, such as the Russian Prime Minister, the Minister for Foreign Affairs, the CEO of Russia Direct Investment Fund (RDIF), and the CEO of Limited Liability Company “Human Vaccine. Meetings were also held with the Deputy Ambassador of Russia in Ghana,” MoH Chief Director, Kwaku Boadu Oku-Afari said in a statement

It explained that the health ministry further engaged individual Ghanaians and companies for the supply of various types of Covid-19 vaccines however, it yielded no results.

The MoH indicated that it was based on the non-response from the direct channels that the offer from the office of Sheikh Ahmed Dalmook Al Maktoum of the United Arab Emirates (UAE) to the ministry for the supply 3.4 million doses of the Sputnik V vaccine at a unit cost of US$19 was accepted.

“The unit price was negotiated at a meeting held at MoH, with representatives from MoH and Office of Dalmook Al Maktoum, who had travelled to Accra for the purpose. The MoH after ascertaining the type and nature of the vaccine, through the delivery of 15,000 doses, placed an order for the supply of 300,000 doses of the vaccine at a cost of US$5,700,000,” it said. “This is yet to be delivered. This undertaking includes an option to opt out of any obligations if supply conditions are not met.”

The clarification follows a Norwegian newspaper report on June 3, 2021, which alleged that Ghana had signed a contract for the purchase of Sputnik V vaccine with an Emirati official which it said was involved in the controversial Ameri power deal and a Norwegian citizen charged with money laundering in Norway.

The newspaper alleged that the government is buying the Sputnik V COVID-19 vaccine produced in Russia for $19 per dose from the businessmen instead of $10.

It added that although the contract was for 3.4 million doses of the vaccine, the Ministry of Finance had only paid for 300,000 doses.

The MoH, however, said it made arrangements for the supply of Covid-19 vaccines according to the laid down principles for the vaccine, including market authorization, availability, quality, safety, efficacy, ease of administration, stoprage and cost.

“So far, the only Covid-19 vaccines the Food and Drugs Authority (FDA) has authorized for use in Ghana are AstraZeneca, Sputnik V and quite recently Johnson and Johnson vaccines,” it said.

It added that it should be noted that the US$10 price per dose, which is being proposed as the correct price, is the ex-factory price, which is only obtained from the government-to-government arrangements.

“The government of Ghana was unable to obtain direct supplies from the Russian government as stated earlier, hence the resort to the market.

The initial price quoted was US$25, but this was negotiated downwards to US$19. This is the result of the cost build-up to the ex-factory price of US$10 per dose, taking into account land transportation, shipment, insurance, handling and special storage charges, as explained by the seller. These are the factors which led us to agree the final price of US$19 per dose,” it explained.

The MoH stressed that at the time of the negotiations, as is the case now, there was scarcity or non-availability of the vaccines on the market.

“Ghana had also been informed by COVAX that the AstraZeneca vaccines would not arrive till the end of June 2021, so we were operating severely in the suppliers’ market.

We were torn between accepting the price to enable us have access to the vaccine or facing the situation of the seller withdrawing from the negotiations, to the extent that the 15,000 doses that had been shipped to Ghana were going to be rerouted to other countries,” it added.

It stressed that the Public Procurement Authority (PPA) was engaged in the processes adding that the MoH has consequently undertaken to place batch orders for quantities of the vaccine based on national need and availability of storage space.

“The MoH, therefore, assures all that it will endeavour to secure vaccines for the Ghanaian people, despite global shortages and cognizant of price and legal considerations,” it stated.