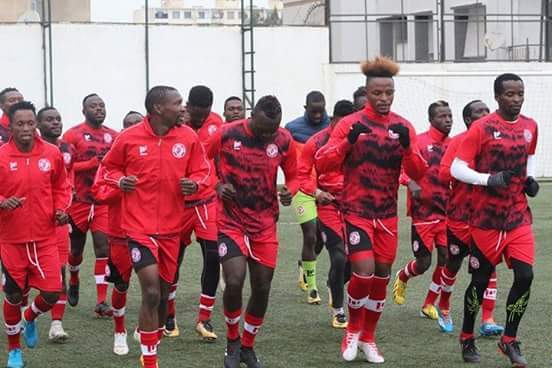 Kumasi Asaante Kotoko will have to deal with both internal and external rivals at the same time in their CAF Confederation Cup on Sunday as Nkana FC receives open supports from some fans of Accra Hearts of Oak.

CEO of Nkana FC on Thursday confirmed receiving supports from some Phobians ahead of their  Kumasi clash.

The Group C leaders arrived at the Kotako International Airport where they were welcomed by some fans of Kotoko's bitterest rivals, who have urged the Zambians to go in for the  the double over the Kumasi Porcupines.

According to the CEO Charles Chakatayza the support received from the Hearrs of oak fans offers a new challenge for Nkana to give a good flight in Sunday's encounter.

Hearts of Oak supporters met us at KIA and told us to beat Kotoko for them, " he said in a interview with Oyerepa 100.7FM.

The Zambian side defeated Asante Kotoko by 3-1 at the Nkana Sports Stadium in Kitwe on Sunday in the first leg.

They are on top the group with 6 points after three matches, having beaten Sudan's Al Hilaal and Kotoko in their last two matches.

They lost their first game against their rivals ZESCO United who are lying 3rd with 4 points.