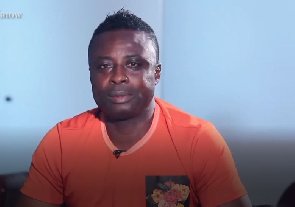 Former Hearts of Oak and Asante Kotoko star Charles Taylor says he does not believe the Black Stars are one of the favorites to win the 2019 Africa Cup of Nations in Egypt.

With a match to spare, Ghana have already secured qualification for the tournament, which is set to run between June 15 and July 13.

The four-time champions are seeking to end their 37-year wait for continental success, having won their last title in 1982.

Kwesi Appiah's side have come close to ending their drought at the last six tournaments, having reached the semi-finals, and even going as far as the final in 2010 and 2015.

But according to the Ghana Premier League legend the nation’s development in football has stalled over the last couple of years;

“I can’t tell and everyone has his beliefs but personally I don’t believe it. Some African countries are advancing but Ghana is still living in the past,” Charles Taylor revealed on the Delay Show.