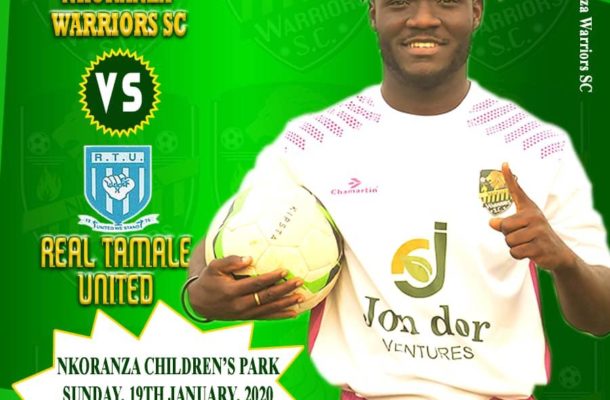 Accra Hearts of Oak are said to have written to Nkoranza Warrior for their interest in Emmanuel Sarkodie as the club seeks to add midfield creativity during the next transfer window.

The Phobians are craving to add to their midfield options and the club is now believed to have been monitoring Sarkordia as they are desperate to end their decade GPL drought.

The young talented midfielder holds the record as a player with the most consecutive MVP's in Ghana football history thus 4 in a row,he achieved that mark in games against Techiman city in week two of the ongoing GH division one league(A),against R.T.U in week three (H),Tano Bofoakwa in week four (A) and Berekum Arsenal in week five (H).