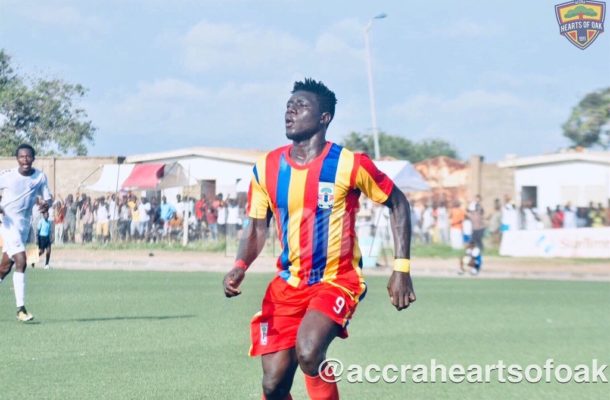 Accra Hearts of has refuted claims they have parted ways with striker Aboubakar Traore, swiftly ending the Thursday morning speculations.

There had been reports in the Ghanaian media that the phobians have parted ways with their Burkinabe import after a year spending a year in Accra.

But the club's management has officially released a statement to quash the rumours, saying it must be "disregarded"

The Management of @HeartsOfOakGH has not terminated the contract of striker Aboubakar Troare as reported by the media," the statement read.

"The report should be disregarded and treated as a rumour and not coming from the Club. If/when we have something to announce we will do so."

Traore joined Hearts of Oak on a free transfer after a successful trial and made only four appearances.