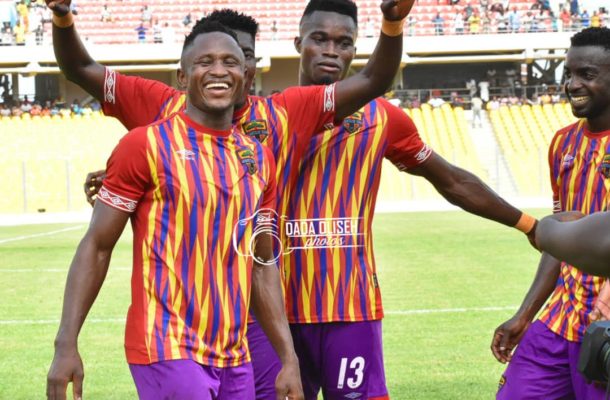 It is good news for Hearts of Oak fans If prominent football prophet Seer Gyan's words are to be taken seriously as he predicts it will be party time for the rainbow club at the end of the season but on one condition.

Seer Gyan has gained prominence for making predictions in football with varied degree of success but he is still revered by those who think God watches and plays a role in how football matches go.

According to the football prophet in an interview with Kumasi based ASHH FM has predicted some good news for Hearts of Oak If and only they should beat or get a draw against Ashgold in Obuasi.

"Hearts of Oak still the winners of the ongoing GPL depending on the outcome of their second leg against Ashgold,if Hearts of Oak picks even a point they are the winners."

"Kotoko should forget of this season's GPL tittle because the Asanteman Spirit behind the club is now weak after moving from the Ashanti region to the Greater Accra Region."

"Kumasi King Faisal can not survive relegation, spiritually they are already relegated"

"Both present and past chairmen of Asante Kotoko don't value the club because Kotoko is like a religion and should have regarded as such but those people don't know the norms of the club."he said.