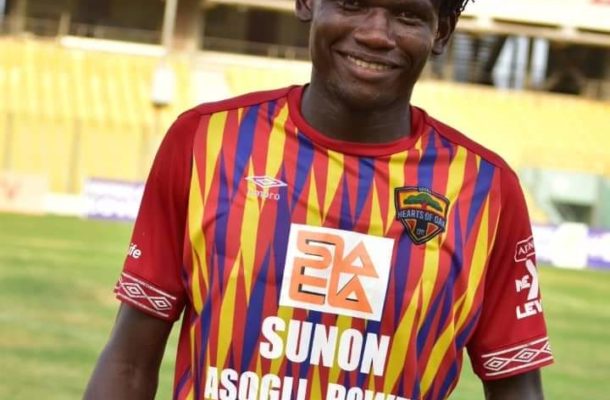 The player had been locked up in a tug of war with the club about the transfer but it appears that a truce has now been called as the phobians have now sanctioned the transfer.

Ovouka has joined his second tier American side on an initial loan deal with his contract at Hearts set to expire in 2023.

An official club statement read: “Accra Hearts of Oak has agreed with American based club, New Mexico United to transfer defender, Raddy Ovouka to them on a 1-year loan deal."

"The Congolese defender still remains a player of Hearts of Oak until New Mexico exercises the right to buy him permanently. We wish him well with his new club."

He was integral as the rainbow club made a clean sweep on the domestic scene with a league and FA Cup double and is a member of the Congo national team.

The Congolese left back joined Accra Hearts of Oak in 2018 on a free transfer after trials.