Here are five precautions to take in the rainy season 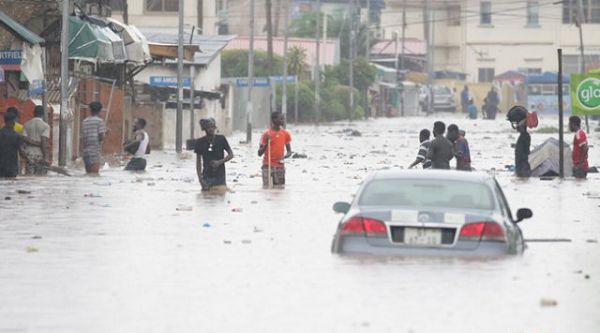 While the rainy season in Ghana is slated for the months of June, July and August, climate change has somewhat altered the outcome of such predictions.

Already, some major parts of the capital in Accra and other regions of the country have began to witness perennial flooding as heavy rains hit with more expected to come in.

Though heavy rains can sometimes be unpredictable, poor drainage systems will adversely expose the fragile nature of structures within communities with floods destroying properties and resulting in deaths.

The Government of Ghana on its part has disclosed it has invested GH¢450 million in the National Flood Control and Priority Drainage Programme to curb excessive flooding.

Minister for Works and Housing, Francis Asenso-Boakye recently told Parliament that the country has also invested GH¢88 million between the period of 2011 and 2016.

Despite these investments, Ghana still remains high in the ranking among countries in Africa which are the most exposed to risks and flood disasters from multiple weather-related hazards.

The June 3rd disaster still remains one of the worst experienced in Ghana when a heavy down pour was worsened by an explosion at a GOIL fuel station at the Kwame Nkrumah Circle which led to the death of 150 persons, with many others suffering various degrees of injuries.

But to avoid a repetition of these unfortunate events, GhanaWeb in the piece has compiled some key precautions one can take in order to safeguard their lives and property during the rainy season.

It is very important to get regular updates from the Ghana Meteo Agency on the chances of rainfall or weather storms likley to hit parts of the country. This is important as they are the designated agency to provide such updates.

While regular updates on rains are important, the prediction of weather storms and showers could be abrupt and sometimes inaccurate. As a result of this, it is essential for one to carry along a rain jacket, raincoat or an umbrella when heading out.

While urbanisation, poor drainage systems and the structure of housing in communities may be prone to disaster, it is important for one to keep their windows and other major entries locked at all time. The rains could settle in and destroy property while thieves could also prey on the season to rip unsuspecting victims of their items.

While the severity of rains are different for specific places, it is important for one to maintain some level of calm when heavy rain showers hit. More so, one must stay at their respective locations where it is safe and wait until the rain subdues.

Don’t drive during the rains

This precaution could be a tricky one as many people flout the rule of not driving during heavy rains. Should you decide to drive, one must have very good car tyres and headlights to steer their way through the gushy waters.

But it is also vital not to move towards a flood prone or muddy area as your vehicle could lose control and subsequently land you in danger.