Here is how the Boateng deal happened: Valverde's phone call to Setien 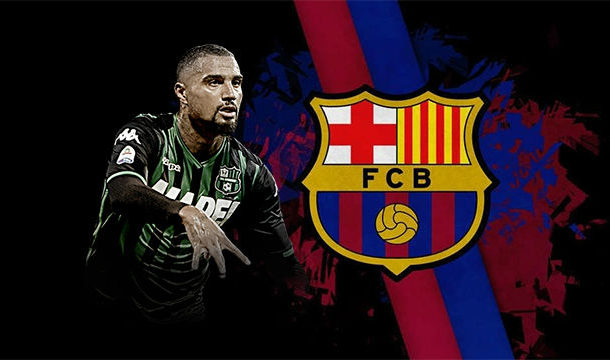 Kevin-Prince Boateng went from being just a name on the shortlist to Barça's new '9' in less than 48 hours. The transfer went quickly as to avoid it being leaked to the media.

First we need to go back to last Saturday morning when Ernesto Valverde's first choice was Carlos Vela. However certain people in the boardroom were against the idea due to the cost of a temporary solution. Vela, too, is also approaching the end of his competitive career.

At that time there were only three names on the shortlist. Carlos Vela, who hasn't liked by the sporting department. Morata, who was expensive and complicated. And lastly there was Cedric Bakambu, who had previously played in LaLiga for Villarreal but didn't have the green light from his Chinese club.

Suddenly Boateng's name was presented to Valverde. It was a deal much easier to pull off than the others but the coach had his doubts. He wasn't sure if Boateng would adapt to his style and didn't know how well he'd been performing in Italy either.


It was at this moment when a crucial phone call took place. Segura, Abidal and Planes called Quique Setien and had Valverde sit in on the conversation. The now Betis coach had worked with Boateng at Las Palmas.

Setien's response was extremely positive and this won over Valverde. Boateng was a very professional player and is capable of producing his best performances in tough matches.

Valverde was now convinced and gave his blessing to conclude the transfer, The sporting department quickly reached an agreement with Boateng on Saturday afternoon and late on Sunday they struck a deal with Sassuolo.