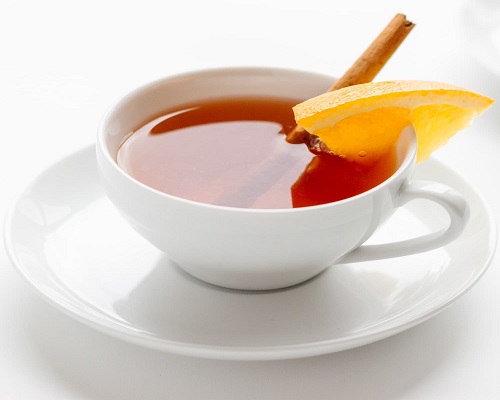 If you have diabetes, your healthcare team has probably told you what kinds of beverages to skip, like soda, juice, and sugary sports drinks.

But avoiding these doesn’t mean you have to miss out on flavor — there are plenty of drinks you can enjoy that bring big taste but won’t spike your blood sugar. Take, for example, unsweetened hot or cold tea.

“Tea is a great choice for individuals with diabetes — it can be a carb-free way to provide hydration and antioxidants,” says Lori Zanini, RD, CDCES, who is based in Dana Point, California, and is the creator of the 6-Week Solution, a program for eating with diabetes. Antioxidants are compounds that help fight free radicals, which are chemicals that can damage cells and genetic material, as the Harvard T.H. Chan School of Public Health notes. According to the Mayo Clinic, when there are too many free radicals in the body, oxidative stress occurs, contributing to the onset of health conditions including type 2 diabetes and heart disease.

Plus, there may be something about tea specifically that offers perks for people managing type 2 diabetes. “One meta-analysis of tea and its effects on the risk for developing diabetes concluded that drinking three or more cups of tea per day was linked to a lower risk of diabetes,” says Julie Stefanski RDN, CDCES, a York, Pennsylvania–based spokesperson for the Academy of Nutrition and Dietetics, referring to past research.

Here, discover the teas that may offer real perks for people with diabetes or individuals looking to help prevent the disease.

In a midday slump? Consider steeping a cup of green tea, which contains 28 milligrams of caffeine, according to the Mayo Clinic, and may help fend off diabetes.

A review of studies suggested that green tea and green tea extract may help lower blood glucose levels and may play a role in helping prevent type 2 diabetes and obesity.

A study mentioned in the review found that people who drank green tea habitually for more than 10 years had lower body fat and a smaller waist circumference than those who did not. And obesity can raise a person’s risk of developing type 2 diabetes by at least sixfold, according to a study published in April 2020 in the journal Diabetologia.

One of the reasons green tea may play a role preventing diabetes? It contains a potent compound called epigallocatechin gallate (EGCG). “EGCG has been found to increase the uptake of glucose into muscle cells,” says Palinski-Wade. According to a review published in February 2019 in the International Journal of Molecular Science, this process of EGCG stimulating glucose to enter muscle cells may also be useful to treat obesity.

Per the U.S. Department of Agriculture (USDA), one cup of green tea has 0 carbohydrates, 0 grams (g) of sugar or fat, and a mere 2.4 calories, making it an all-around healthy choice.

Black tea comes from the same plant as green tea, so as with green tea, you’ll reap diabetes-friendly benefits. Though it’s the same plant, “different processing methods are used” to create it, explains Stefanski.

A review published in June 2019 in the journal Antioxidants notes that some epidemiological studies show that drinking black, green, or oolong tea may reduce the risk of developing diabetes or diabetes complications. Plus, the researchers suggest tea (including black) may work in the body in part by improving insulin resistance, playing an insulin-like role, as well as alleviating the inflammatory response.

Also, black tea may work to help people with diabetes in other ways. “Animal studies on black tea have found it may reduce carbohydrate absorption and therefore improve blood glucose control; however, more research is needed on humans,” explains Palinski-Wade. A review published in December 2016 in the journal Molecules found that black tea lowered body weight in animals.

Other research, published in January 2017 in the Asia Pacific Journal of Clinical Nutrition, found that drinking black tea after consuming sugar helped control blood glucose. The small study looked at people with prediabetes as well as people without diabetes.

More positive news for black tea drinkers: Another review found that tea drinkers, including those who drink black tea, had a lower prevalence of incidence of type 2 diabetes.

3. Chamomile Tea May Make You Sleepy

A sleepless night is the last thing that someone with diabetes needs. According to the CDC, just one single night of poor sleep could can your body to produce insulin less effectively, potentially raising your blood sugar levels.

The good news? Drinking herbal chamomile tea, which is caffeine free, may support your slumber. A study published in October 2015 in JAN found that when women with poor sleep (who had recently given birth) drank chamomile tea for two weeks, they had fewer sleep quality problems and symptoms of depression compared with the control group who didn’t drink the tea.

Of course, those women didn’t have diabetes. But that doesn’t mean chamomile tea doesn’t offer perks for these individuals. “Diabetes is considered an inflammatory state, and along with proper food intake, good quality sleep is important in reducing inflammation,” says Stefanski.

There’s more, Palinski-Wade says: “Chamomile tea has also been associated with improved insulin sensitivity and glucose management and may help to reduce oxidative stress in the body. A study published in December 2018 in Trends in General Practice found that when study participants with type 2 diabetes consumed chamomile tea three times a day (after each meal) for eight weeks, researchers saw benefits in both insulin resistance and inflammatory markers.

Furthermore, past animal research shows that daily chamomile tea consumption may help slow down or prevent the progress of complications that can come along with diabetes, though more studies in humans are needed.

Yes, a cup of ginger tea may come with a zing, but it might be worth sipping this spicy drink, especially if you have diabetes.

For starters, a past review suggests that ginger root supplementation — technically a more potent form than tea — lowered fasting blood glucose levels in people with type 2 diabetes, as well as A1C.

What’s more, a small study published in February 2015 in the Journal of Complementary and Integrative Medicine observed that people with diabetes (who weren’t on insulin) who took ginger supplementation for three months improved their glycemic control, and results were significant between the ginger group and the control group.

Ginger may affect glycemic control in the body by inhibiting enzymes that are involved in the carbohydrate metabolism process as well as increased insulin sensitivity, a separate review found. As a result, the researchers note, there’s more of an uptake of glucose into the peripheral adipose and skeletal muscle tissue.

This tart and tangy tea not only tastes refreshing — it could play a role in helping you manage diabetes and other issues linked to the disease.

Hibiscus tea may provide benefits for heart health, and according to the National Institutes of Health, having diabetes means that you’re more likely to develop heart disease, plus have a greater odds of heart attack and stroke. “Drinking eight ounces of hibiscus tea twice daily was found to reduce systolic blood pressure in individuals with diabetes in a one-month period, which is especially good news for this population, as they are at a higher risk of developing cardiovascular disease,” says Palinski-Wade.

6. Rooibos Tea May Help Slow the Progression of Diabetes

Though more studies are needed, laboratory models suggest this herbal tea, which is made from the leaves of a shrub grown in South Africa, may be beneficial for weight loss.

And weight loss is a key factor in helping people with prediabetes delay or prevent the onset of type 2 diabetes, research shows. Those study authors also concluded that weight loss could help people who already had type 2 diabetes better control their blood sugar, and potentially reduce the progression of the disease.

One laboratory study, for example, found that rooibos may help halt fat cell formation, which researchers said could play a role in obesity prevention.

In addition, rooibos tea contains a plant compound called aspalathin, which has glucose-lowering properties, researchers suggested, in a study published in May 2019 in the journal PLoS One. The study, done in a laboratory setting, further found that the compound may help reverse metabolic disease-associated complications. Metabolic disease or metabolic syndrome is a group of conditions like excess body fat around the waist and high blood sugar, that increase your risk for heart disease and stroke as well as type 2 diabetes, according to the Mayo Clinic.

Past research on mice with type 2 diabetes found that aspalathin helped improve glucose intolerance and may be beneficial in helping control blood sugar for type 2 diabetes. Plus, one study on humans found that drinking rooibos tea helped lower LDL “bad” cholesterol and triglyceride levels (though study participants needed to drink six cups a day, which may not be reasonable for everyone).

When shopping for teas, know this: “Just because that ingredient is included in a small amount in a tea bag, it doesn’t mean the amount is enough to have those same benefits,” says Stefanski.

Also, beware of teas that tout “weight loss” on the packaging. “Some specialty teas claiming to produce weight loss or reduce bloating can contain ingredients that increase urination, cause your colon to spasm, or lead to diarrhea,” Stefanski says, for example, senna leaf or parsley tea. Those side effects aren’t ideal — by any means — for people who are looking to improve their health.

Adding peppermint tea to your drink rotation may help you feel calmer — and that’s good news for your A1C. “For individuals with type 2 diabetes who have high stress levels, the calming effects of peppermint tea may be beneficial, because reduced stress can often improve blood glucose levels,” says Palinski-Wade. According to the University of California in San Francisco, stress can raise your blood sugar levels and make them more difficult to control.

In one past study, researchers found that the peppermint aroma (which you can get when taking a whiff of your tea!), helped reduce anxiety, frustration, and fatigue for drivers exposed to the scent. And another study, published in October 2019 in the Journal of Pain Research, found that the aroma of peppermint helped reduce pain and anxiety caused by intravenous catheterization, and the researchers suggest that before this procedure, the peppermint aromatherapy is recommended.


Whatever tea you choose, just remember these guidelines. “If you have diabetes it’s important to keep the beverage sugar-free, stick to mainstream green, herbal, or black teas, and monitor when you should cut off caffeine intake to help support your best sleep,” advises Stefanski. Here’s to enjoying a cozy cup of tea — for your health!