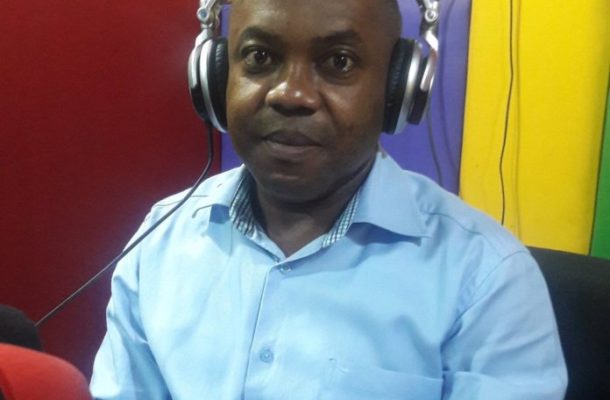 Award-winning Ghanaian broadcaster and motivational speaker, Kofi Kum Bilson, has given some tips on how people can avoid curses and live a prosperous long life.

The host of Peace FM's midmorning show, Working Time, revealed God has naturally blessed everyone to be prosperous. However, according to him, most people do not see themselves prospering in life because they invite curses upon themselves in their everyday life.

The veteran broadcaster has since provided these tips for living a prosperous lifestyle. He spoke on his show on Friday, February 11, 2022.

The first issue he raised was insult. He said people must learn to respect and honour the elderly. According to him, insulting traditional leaders, pastors or anyone who is older than you is inappropriate, revealing it's a conduct that attracts some form of curses. He referenced his point to Ephesians 6:2, which reads — “Honor your father and mother"

The act of stealing

The second point raised by Kum Bilson was stealing. He said stealing is the commonest way a man can attract a curse upon himself. He described the act as "most dangerous" and cautioned the youth to desist from it.

"You're a young man or woman, don't bring a curse on yourself by stealing. It's one of the most dangerous ways to open curses upon yourself. Never steal belongings from your neighbours or strangers or someone you're working for. Even if you are a government worker, never think of stealing from the government," he cautioned, adding that "people who do that end up spending huge sums of money in treating themselves from sicknesses in abroad."

He also cautioned people who handle church offerings not to steal from such monies as according to him, "it's a dangerous act and those who engage in it bring unlimited curses upon themselves."

Kofi Kum also warned people who come into contact with missing items to return them to their respective owners as according to him, "it's an act of stealing".

The third issue he addressed was sexual contact. He explained that when two people are in a relationship and break up occurs, the most affected person in most cases use certain words that turn out to be a curse for the other party.

He ward, "In relationship, never let anyone feel that they are foolish because you cheated on them. If you do so you've opened yourself up for a curse."

The profession you choose

The fourth and the last thing he talked about was that people should be extra vigilant with the profession they land themselves in; and the conducts they put out while in that job. He cited the teaching profession and those in the police service as example. He explained that a teacher may bring a curse on him/herself over how he/she disciplines someone's child.

"When you beats someone's child inappropriately, the child, his father and mother open their mouth against you and it works. As a teacher, be measured in how you discipline people's children," said Kofi Kum.

He added, "Same as if you find yourself in the police; and you happen to be in the CID or MTTD, be careful. Because immediately you retire, you'll dance to the music you played while in active service."