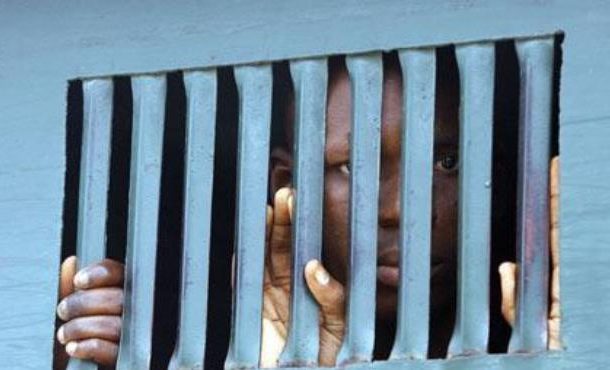 A Highway robber, Mohammed Abubakar, who robbed occupants of a VIP Joean Bus on the Accra-Kumasi Highway on November 15, last year, has been sentenced to 18 years imprisonment by an Accra Circuit Court, on Friday.

Abubakar, aka Karim Burger, a Niger illegal Miner, pleaded guilty to the charge of conspiracy to commit crime to wit robbery and robbery.

He prayed the court to have mercy on him.
His accomplices, Osman Omoro aka Maanu, and Abubakar Aliu, aka Mallam Laiya, both cattle farmers, pleaded not guilty and the court remanded them into custody to reappear on September 9.

Before handing the sentence, Mr Eric Delanyo Alifo, acting as friend of the court, prayed the court that the accused person had not wasted the Court's time and he was a first offender.

The trial Judge, Mr Aboagye Tandoh, said he had taken into consideration the convicts plea for mitigation.

However, the conduct of the convict on the day of the incident traumatized the occupants of the Bus and, therefore, sentenced him on the charge of robbery.

In the case of the conspiracy charge, it deferred the sentence to the end of the trial.

Abubakar, the prosecution said, was into illegal mining at Dunkwa-On-Offin and Kyebi. Omoro and Aliu are cattle farmers based at Kpaikpai near Nkroranza, and Chiraa near in Sunyani, respectively.

The Prosecution said on November 15, last year, the complainant's bus loaded with more than 40 passengers, set off from the VIP Terminal in Accra for Kumasi.

At about 16:30 hours, the accused persons together with four or five others, most of them wielding weapons including an AK 47 assault rifle and pump action guns, and with their faces partially covered with handkerchiefs mounted a robbery operation on the Accra - Kumasi Highway, the Prosecutor said.

DSP Annor said the accused persons and their accomplices at large, took positions at a high rump spot at new Jejeti, where vehicles were bound to slow down and attacked occupants of various commercial and private vehicles of their properties and money.

The complainant and passengers were caught up in the attack.

The Prosecution said the Police at Anyinam received a distress call from a traveller, who managed to escape and moved swiftly to the scene.

The robbers on seeing the Police run into the bush and started firing to keep the Police away.

In an exchange for fire, Mohammed Abubakar, sustained gunshot injuries in the process and was abandoned in the bush by his accomplices.

On November 19, last year, Mohammed Abubakar in severe pain, crawled from the bush to the roadside to seek assistance to be sent to the Hospital and he was arrested.

He named the king pin and outlined how they planned and executed the crime. In the cause of investigations Omaro and Aliu were arrested in different robbery case and they confessed their involvement as members of the Jejeti gang robbery.