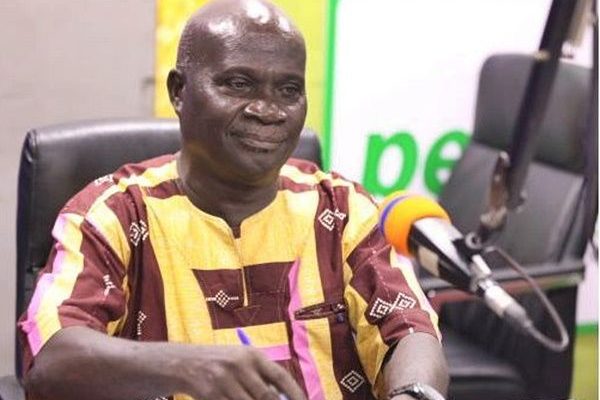 Dean of the School of Performing Arts at the University of Ghana, Professor Kofi Agyekum has appealed to human rights activists not to defend Lesbian, Gay, Bisexual Transgender and queer Intersex (LGBTQI) in Ghana.

Professor Kofi Agyekum, popularly known as Opanyin Agyekum, asked the human rights activists to stay clear off the issue of homosexuality but called on the government to, as a matter of urgency, take necessary actions against the activities of homosexuals.

There are ongoing heated arguments about the LGBTQI community regarding whether or not their sexual orientation should be accepted in Ghana.

The Christian and Islamic community together with many Ghanaians have spoken against the advocacy of homosexual rights and practice in the nation.

Spokesperson for National Chief Imam, Sheikh Aremeyaw Shaibu revealing the position of the Islamic body said; ''According to the various schools of Islamic thought, they have all accepted that the death penalty is the most deserving because the sin is so grave that such people don't deserve to live''.

Member of Parliament for Assin South, John Ntim Fordjour has also called for legislation on homosexuality.

"We should propose legislation to ban advocacy of LGBT matters. If we can't stay on radio to make advert and promote cocaine, theft, armed robbery and so forth which are against the law, we shouldn't allow people to promote issues like LGBT. We plead with all Ghanaians to support us. Just as we have galamsey fight and corruption fight or fight against corruption, this is a fight against fundamental values and customs and beliefs of the people of Ghana. We shouldn't politicize the issue. If we make it NDC/NPP issue, we will lose the fight. If we make it Christians vrs Muslims, we will lose the fight. We must all unite," he said.

Opanyin Agyekum also shared his views saying ''the government must address this. We plead with the human rights activists not to involve themselves in this issue...All Ghanaians say it's an abomination, madness and nation-wrecking for a man to marry a man and a woman to marry a woman''.

"Let the laws take its course. We should all condemn this act. Christians and Muslims dislike it. Our traditional leaders and ancestors have spoken against this practice a long time ago," he added.

Opanyin Agyekum made these remarks on the same programme ''Kokrokoo'' on Tuesday, February 23.