How Akufo-Addo flew $17,000-per-hour jet to watch a Champions League final in Spain 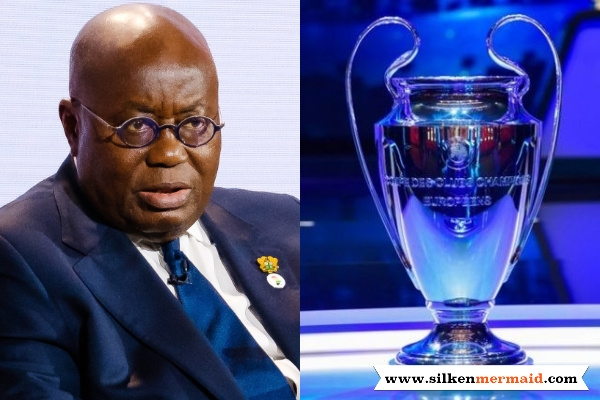 When news emerged of the president’s trip, eyebrows were raised but little did Ghanaians know that the presence of President Akufo-Addo at the Santiago Bernabeau in Madrid, Spain, came at the taxpayer’s expense.

According to Felix Kwakye Ofosu of the National Democratic Congress, for every hour the president spent on that plane, the Ghanaian taxpayer paid $17,000 to the owners of the aircraft.

He made this revelation on Metro TV while highlighting what he observes to be a show of opulence by President Akufo-Addo and his government.

“For some time now he has been renting expensive aircraft consistently. Now, when it was announced he was going to go on a nine-day trip, what reason was given? That he was travelling to ensure that we kick start our economy which is in shambles. When he went there, he went to lead advocacy for debt relief and he comes under criticism for doing things contrary to his own belief on Ghana Beyond Aid.

“I’m not sure the President of France uses such aircraft so if you are going to beg for debt forgiveness and you travel in such splendour, what message are you communicating? This aircraft is top of the line aircraft. It was designed to take 150 passengers but it has been converted into 17-passenger aircraft. Our presidential aircraft takes 14 so the difference is marginal. The president could have travelled in the presidential aircraft.

“This is not the first time. He has rented other jets of similar prices. There was another jet that cost $17,000 an hour. He rented that one from Accra to Madrid to watch a Champions League final between Tottenham and Liverpool. Ghana had no interest to go and watch that tournament but he flew at the nation’s expense to watch that match. He went with an entourage and not alone too,” he said.

But on the same show, Nana Akomea of the NPP rubbished the assertions by Kwakye Ofosu, explaining that the trip to Spain was not purposely for watching the Champions League.

He also explained why President Akufo-Addo no longer does long trips with the presidential jet.

"The reports that came out from the experts in the military and so on was that they shouldn’t use that jet for long-distance travel and for more than 5 hours and ordered that either the president charters or we buy a new aircraft,” Nana Akomea said.

He noted, "He (President Akufo-Addo) uses the jet in Ghana for his local travel and for his West Africa travel."