How friends became brothers: The story of Kwame Despite and Dr Ernest Sarpong 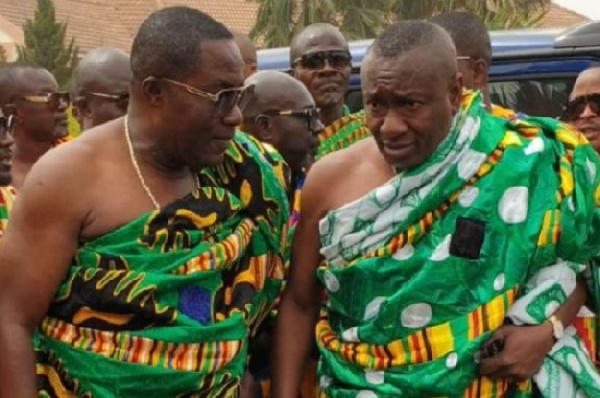 "One loyal friend is worth ten thousand relatives." This wise saying by Euripides literally encapsulates the unbending and unwavering relationship of two men who became so close and fond of each other to the point that they blurred the lines between friendship and family.

Only last week, the CEO of Special Ice drinking water, Dr. Ernest Ofori Sarpong revealed that the owner of Peace FM, Osei Kwame Despite is not his biological brother as is widely perceived.

It is a revelation that will come as a big shock to many people because for so long they have been referred to as brothers and rightly so.

The two are often seen together, have built several business ventures together, and literally do everything together.

For years, mainstream Ghanaian media have referred to the two as brothers from the same mother and father.

But it turns out, the great bond they share started as a customer-client relationship which blossomed into a friendship that is so inseparable that they have become brothers.

Speaking on Joy FM’s Personality Profile monitored by GhanaWeb, Dr. Ofori Sarpong said even though he and Kwame Despite share different parents, he will always refer to him as his brother.

“We are not related but for now I will say that we are related. You don’t have to necessarily call someone your brother because you come from the same mother or father. I mean we grew up together, do business together, we think together and do everything together, and have about five or six companies together so he is my brother”.

Asked by show host Lexis Bill about how the two met, Dr. Sarpong recounted with fond memories saying, “he used to trade with us, I mean he used to buy stuff from our shop (the family business). He used to buy boxer shorts, singlets, T-shirts, and every underwear you can think of. It is through that we became very good friends.”

The two have been friends for the best part of the last three decades and are joint owners of Best Point Savings and Loans, UTV, U salt, and many others.

The two are also prominent members of the East Legon Executive Business Club which comprises some of the most accomplished men residing in that part of the city.